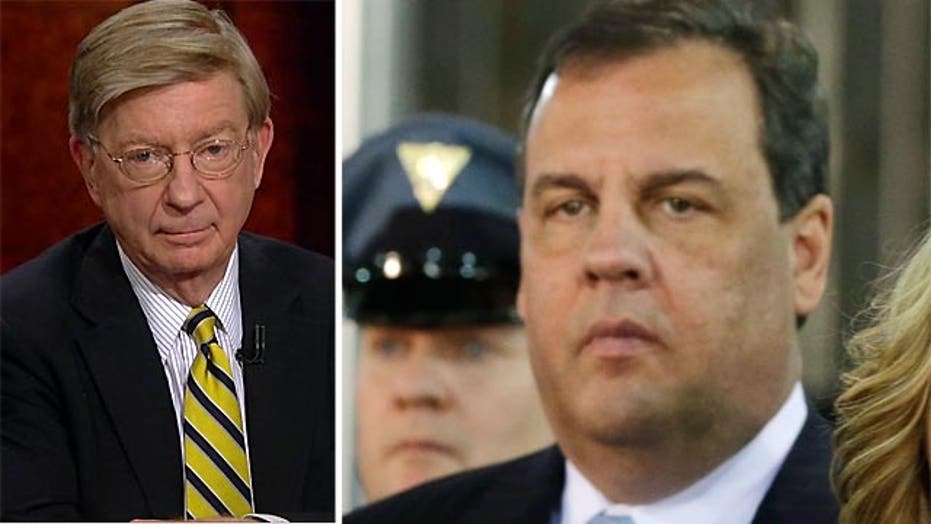 Will: For Governor Christie

Will: For Governor Christie 'the damage has been done'

Syndicated columnist George Will said Friday on “Special Report with Bret Baier” that the problems plaguing New Jersey Gov. Chris Christie have placed a permanent mark on his career and that “the damage has been done,” no matter how the situation is resolved.

That came amid allegations Christie may have made inaccurate statements during a news conference about lane closures on the George Washington Bridge, in which Christie denied any prior knowledge of the closures. On Friday afternoon, a lawyer for a former top Port Authority official says he has the evidence that proves Christie knew about it at the time.

"The damage has been done even if it turns out that Mr. Christie has stated everything correctly and he knew nothing about this," Will said. "The momentum he acquired has been taken away."

Will also noted that the implications of the scandal could affect the Republican party as a whole.

“This has the potential to open up financial and political space in the Republican presidential spectrum,” he said. “And the result would be enormous pressure on Jeb Bush to come in and be the establishment choice."