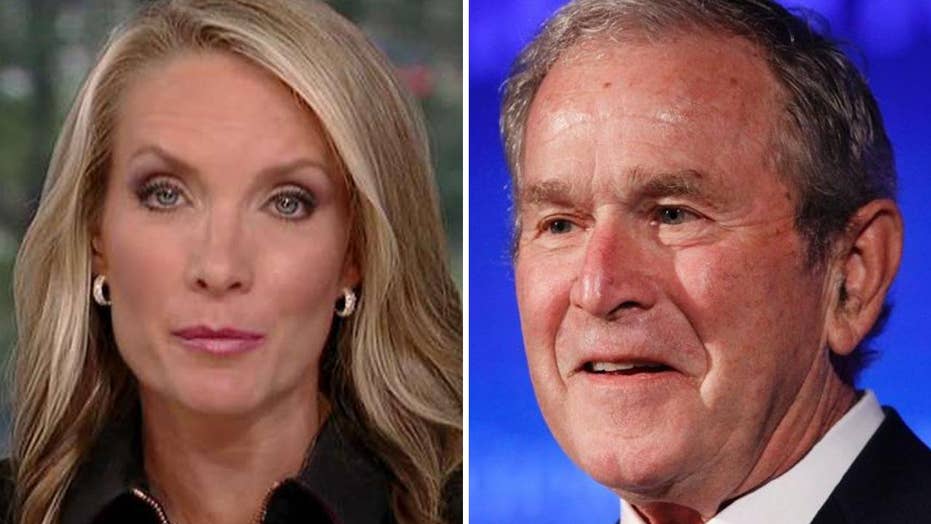 Here are some facts about the younger Bush, who served as president from 2001 to 2009.

He grew up in a political family

Like former President John Quincy Adams, Bush's father was also a U.S. president before him.

And Bush's family is quite political. His brother Jeb is a former Florida governor and was a Republican candidate for president in 2016. Jeb's son, George P. Bush, became the Texas land commissioner in May 2015. Former Sen. Prescott Bush — George H.W. Bush's father and George W. Bush's grandfather — served in the U.S. Senate for more than a decade, representing the state of Connecticut.

Bush started with the family pets. Then he began to paint landscapes. But the scope of his post-presidential paintings culminated when he published "Portraits of Courage" in 2017 — a history book of sorts filled with Bush’s paintings and stories of wounded veterans.

After painting world leaders he worked with as president, Bush said that his art instructor encouraged him to paint people nobody knows.

"And it just dawned on me, like, boom — warriors that I'd gotten to know," Bush said. "I painted all these warriors. I know every one of them. I know their stories. I had ridden mountain bikes with them. I play golf with them. And I admire them greatly."

"Portraits of Courage" features 66 portraits and a four-panel mural based on 98 veterans who suffered physical or mental injuries from the Afghanistan and Iraq wars. Profits from the book will go to the George W. Bush Presidential Center and its Military Service Initiative.

He's a huge fan of baseball — particularly the Texas Rangers

"I don't know how I fell in love with baseball," Bush once told USA Today. "I just loved to play it."

While president, Bush threw the first pitch for a 2001 World Series game following 9/11. "Standing on the mound at Yankee Stadium was by far the most nervous moment of my presidency," Bush recalled in "30 for 30 Shorts: First Pitch."

Since leaving 1600 Pennsylvania Ave., Bush has been spotted at Rangers games - including when he photobombed a reporter in May.

He's the only president with an MBA

Bush was an undergrad student at Yale University and graduated in 1968. He later attended Harvard Business School and graduated from there in 1975.

He completed a marathon race

Bush finished the Houston Marathon in 1993 with a time of 3:44:52. He told Runner's World he had been "distraught" following his father's 1992 failed re-election campaign, and initially started training for a marathon in Dallas, but became ill and focused on Houston.

"It was one of the great experiences of my life," he recalled. "I learned that running can make you feel 10 years younger the day of the race and 10 years older the day after the race. I also learned not to be so compulsive."

Bush and his wife, former first lady Laura Bush, have a dog named Freddy and a cat named Bob. Their daughter Jenna Bush Hager's cat Bernadette lives at the couple's Dallas residence, according to his presidential center website.