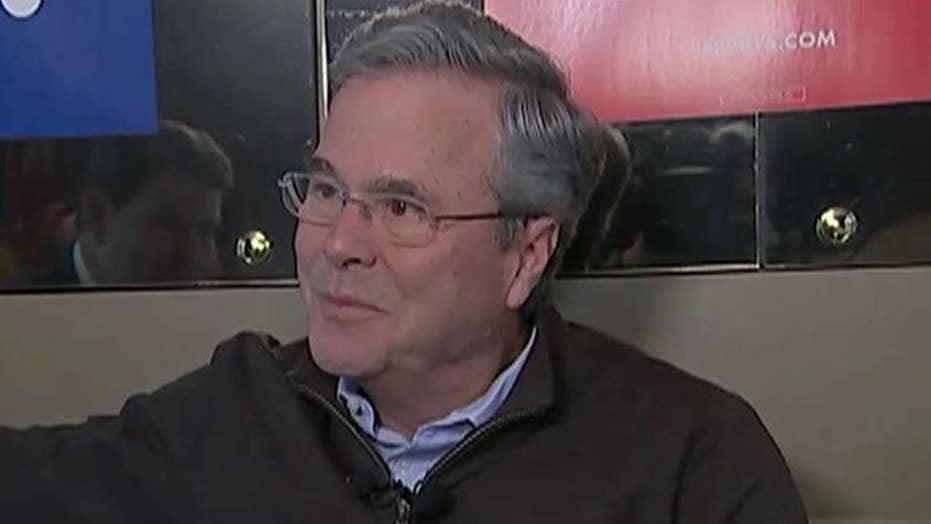 Jeb Bush, who initially tried to downplay his family name on the campaign trail, is now making his run for office a family affair as he seeks a comeback in New Hampshire.

The Bush-supporting Right to Rise super PAC has released a new ad featuring his brother, former President George W. Bush. The former president explains the importance of leadership and experience and vouches for the former Florida governor, saying: “Jeb will unite our country. He knows how to bring the world together against terror.”

The former president, and their mother Barbara Bush, are both joining Jeb on the campaign trail.

Jeb Bush told Fox News that his brother will campaign for him in South Carolina, though said he did not know Right to Rise planned to air the commercial.

“I didn’t know he was doing that, to be honest with you. We are righteous in making sure there’s no coordination,” he told Fox News.

Barbara Bush appeared on the campaign trail alongside her son in New Hampshire this week. Though she only spoke for two minutes, she touted his temperament and ability to make the tough decisions required for the job.

"He's decent and honest. He's everything we need as a president," she said.

Bush was accused earlier on of distancing himself from the family name, especially the controversial legacy of his brother’s administration. His campaign logo notably displays only his first name.

He’s turning to his famous family after a sixth place finish in the Iowa caucuses, battling to place in the top tier in New Hampshire – where no fewer than five candidates, including Bush, are fighting for the second slot in the polls, under Donald Trump.