George Papadopoulos, recently released from prison after pleading guilty to making false statements in Special Counsel Robert Mueller’s Russia probe, said Friday he plans to run for a seat in the House of Representatives.

“It is true,” Papadopoulos tweeted. “I will be running for Congress in 2020, and I will win. Stay tuned.”

Papadopoulos, who currently lives in Los Angeles, told Fox News he's looking at running in an Orange County, Calif., district. He added he's not "going to allow a set up by western intelligence targeted at me to prevent me from running on a strong platform in 2020."

Earlier this month, Papadopoulos was released from federal prison after serving a 12-day prison sentence.

As part of his guilty plea, the 30-year-old Papadopoulos admitted he was not truthful during an FBI interview just days after the president’s inauguration in January about his relationship with an “overseas professor” who had “substantial connections to Russian government officials.”

The professor, according to prosecutors, told Papadopoulos the Russians had “dirt” on Democratic presidential candidate Hillary Clinton in the form of “thousands of emails.”

Papadopoulos told investigators his conversation with the professor took place before he joined the Trump campaign in March but it actually took place in April after being on the campaign for more than a month, according to the documents. 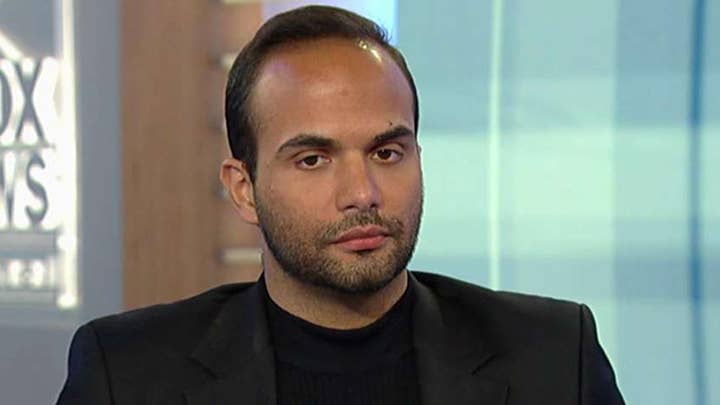 He also made false statements about his contacts with “a certain female Russian national” by saying such conversations were insignificant and took place before he joined the campaign, court documents said.

According to prosecutors, Papadopoulos “impeded the FBI's ongoing investigation into the existence of any links or coordination between individuals associated with the campaign and the Russian government's efforts to interfere with the 2016 presidential election.”

But prior to beginning his sentence, Papadopoulos had been on a Twitter tear complaining about the investigation. Last month, Papadopoulos told “Fox & Friends” that he was even “considering withdrawing” his agreement with the government after learning “certain information.”