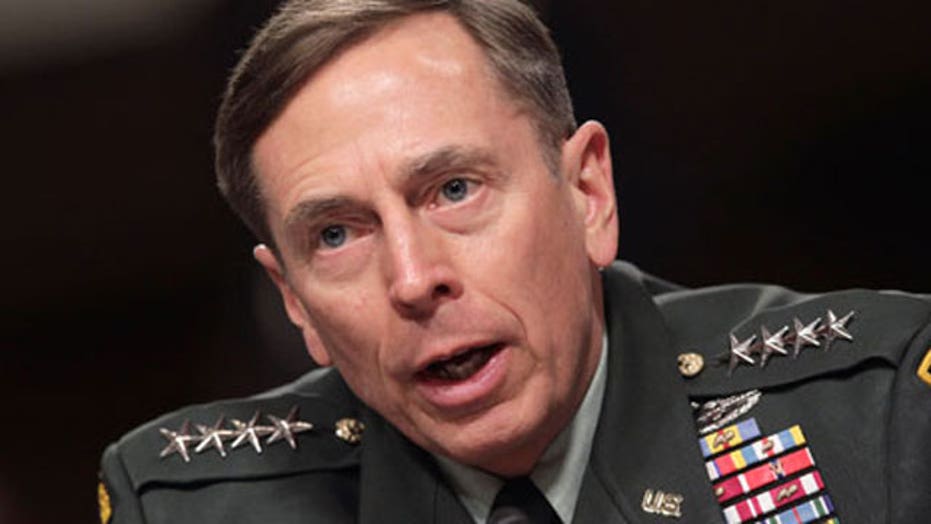 Petraeus: ISIS is not the biggest problem for US in Iraq

“What has happened in Iraq is a tragedy — for the Iraqi people, for the region and for the entire world. It is tragic foremost because it didn't have to turn out this way,” Petraeus told The Washington Post.  “The hard-earned progress of the surge was sustained for over three years. What transpired after that, starting in late 2011, came about as a result of mistakes and misjudgments whose consequences were predictable.”

Petraeus, who continues to advise the Obama administration on Iraq despite his recent guilty plea for leaking classified information to his former mistress, says there is plenty of blame to go around for the chaos in the region.

But Petraeus told the Post he thinks Iraq and coalition forces are making progress against ISIS.

"In fact," he said, "I would argue that the foremost threat to Iraq's long-term stability and the broader regional equilibrium is not the Islamic State; rather, it is Shiite militias, many backed by -- and some guided by -- Iran."

He told the Post the Iran-backed militias returned to the streets of Iraq in response to a fatwa by Shia leader Grand Ayatollah Sistani during a moment of “extreme danger” and acknowledged this prevented ISIS from continuing its offensive into Baghdad. But he said the militias went after Sunni civilians as well as extremists, "and committed atrocities against them.”

What’s resulted is that the group has been both part of Iraq’s salvation but also its the most serious threat in the campaign to get the Sunni Arab population in Iraq to believe they have a say, Petraeus argued.

Petraeus, 62, admitted to having an affair with his biographer Paula Broadwell, following his resignation as CIA director. Prosecutors claimed that while Broadwell was writing her book in 2011, Petraeus gave her binders with classified  information he kept while he was top military commander in Afghanistan.

In addition to working with the Obama administration, Petraeus has started to re-enter public life. He’s a scholar at Harvard’s Kennedy School of Government and has taken a job at KKR & Co., a private-equity firm known for its large corporate takeovers.