Trump: On track to hit highest annual growth rate in over 13 years

President Donald Trump discusses the second-quarter GDP and the state of the U.S. economy.

The U.S. economy grew by 4.1 percent in the second quarter of 2018, marking the fastest economic expansion in nearly four years, according to a highly anticipated estimate released Friday by the Commerce Department.

President Trump touted the "amazing" growth during remarks at the White House shortly after the report's release, cheering a shrinking trade deficit and claiming the country is on track to hit the highest annual growth rate in over 13 years.

“We’ve accomplished an economic turnaround of historic proportions,” Trump declared. “Once again, we are the economic envy of the entire world.”

The White House pointed to the gross domestic product (GDP) numbers, considered an official economic scorecard, as a strong indication that its tax cuts, commitment to deregulation and tough trade policies have paid off. The GDP broadly reflects the goods and services produced in the country. 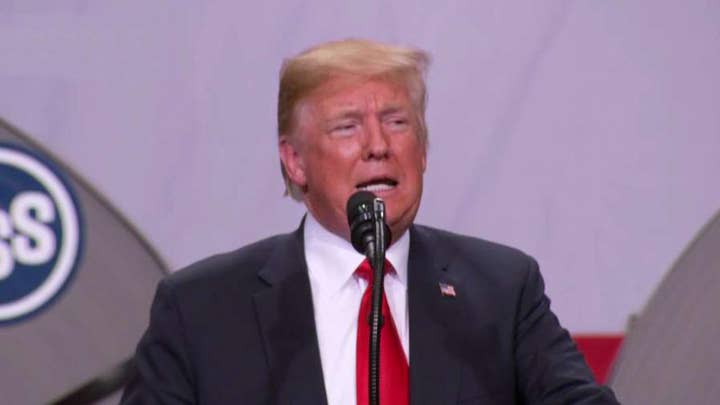 "As the trade deals come in one by one, we’re going to go a lot higher than these numbers, and these are great numbers,” Trump said Friday.

The figures may reflect a temporary boost due to short-term factors, but lend a powerful midterm-season talking point to congressional Republicans hitting the campaign trail during the summer recess. Democrats for months have downplayed and criticized the GOP-authored tax cuts as favoring the wealthy, but Republicans maintain that Americans have broadly benefited.

Despite analysts' cautionary words, White House economic adviser Larry Kudlow told reporters Friday that they believe the growth is "sustainable" and the report does not reflect a "one-shot" surge.

A Reuters survey of economists had predicted the April-June GDP increase at 4.1 percent, and the report met expectations.

Trump and other White House officials have been setting the stage for days for a strong economic scorecard. The president has been working to refocus his agenda on the economy and trade, after enduring one of the worst weeks of his presidency following his controversial summit with Russian President Vladimir Putin. And while he’s been battered by both sides of the aisle for his hardline approach to trade, he claimed victory earlier this week after extracting new commitments from the European Union to buy more American products. Trump, in turn, backed off threats to impose tariffs on imported cars.

The economy saw a comparatively slight 2.2 percent increase in the first quarter of this year. 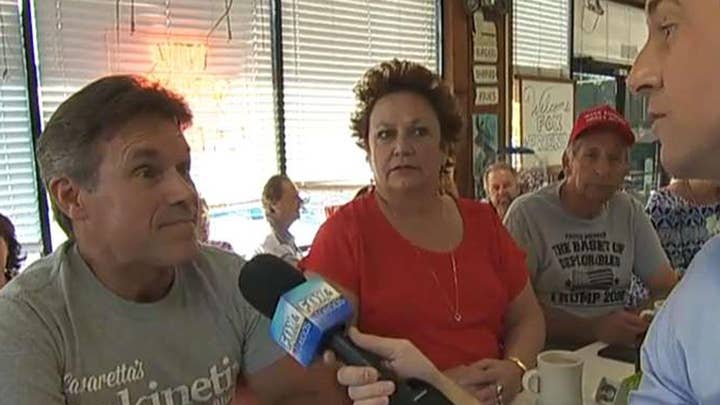 Friday's high numbers were driven in part by increased consumer spending, which makes up more than two-thirds of GDP, fueled by tax cuts and low unemployment -- as well as boosted exports and government spending.

Consumer spending rebounded to a 4 percent annual growth rate after turning in a lackluster 0.5 percent gain in the first quarter. The sweeping Republican tax cuts that took effect in January were likely a major contributing factor, permanently slashing the corporate tax rate from 35 percent to 21 percent and increasing many workers' take-home pay.

Last month, the Labor Department also reported that the U.S. unemployment rate had fallen to an 18-year low of 3.8 percent. Consumer confidence is high, according to Morgan Stanley Research, though rising gas prices have put a dent in consumer enthusiasm.

Increased oil prices also spurred investment in the energy industry, and healthier international markets further helped the manufacturing sector, according to an analysis by The Wall Street Journal.

Significantly, some observers cautioned that some of the GDP growth reported by the Commerce Department can be attributed to a surge in soybean and other exports, as international buyers purchased the goods ahead of the expected implementation of bruising retaliatory tariffs. Last month, The Trump administration announced $50 billion in tariffs on Chinese goods for the country's "unfair trade practice" involving intellectual property, and China responded by promising $50 billion in tariffs on U.S. goods, including soybeans.

The GDP numbers also were affected by the bipartisan budget deal reached earlier this year, which will raise federal spending caps by more than $300 billion over two years -- a move that some analysts say only artificially, and temporarily, boosts the economy.

Top White House officials had signaled earlier in the week that the numbers would beat expectations. Trump predicted "terrific" economic numbers in a speech Thursday at a newly reopened U.S. Steel plant in Illinois.

"On Friday, numbers come out and I don't know what they are, but there are predictions from 3.8 to 5.3 [percent growth]," Trump said Thursday. "Nobody thought we were going to be this good. ... When I took over those numbers were bad, and they were heading in the wrong direction, because of regulation.”