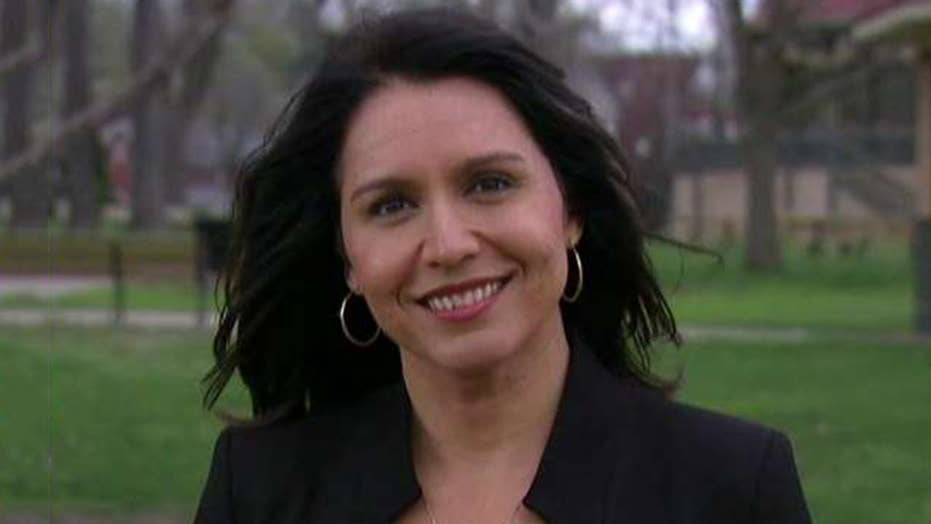 Democratic presidential candidate Tulsi Gabbard told Fox News on Wednesday evening that the Trump administration was "directly undermining" its own attempts to get North Korea to give up its nuclear weapons by pursuing "regime change" in countries like Venezuela and Iran.

The Hawaii congresswoman told "Special Report with Bret Baier" that it has been "impossible for Kim Jong Un to believe them [the administration] when they tell him, 'Don't worry. Get rid of your nuclear weapons. We're not going to come after you.' ... This is not something that can happen overnight, but it begins with ending our regime change wars in other countries [and] ending our regime change efforts as we are seeing in these countries like Venezuela and Iran."

Gabbard spoke to Fox News shortly after North Korea announced that it had test-fired a "new-type tactical guided weapon." The totalitarian country has not tested a ballistic missile since November 2017 and U.S. officials told Fox News that Wednesday's exercise likely was a "short-range" test of a small guided weapon. 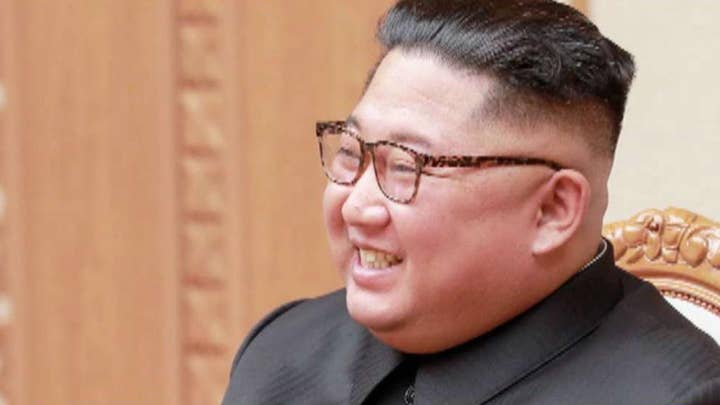 MEGHAN MCCAIN: 'WHEN I HEAR THE NAME TULSI GABBARD, I THINK OF ASSAD APOLOGIST

"We must be willing to meet with those who may be potential adversaries or adversaries in the pursuit of peace and security," Gabbard said.

"However, this administration is undermining their own efforts by ... making it so they've got no credibility as they are trying to barter and negotiate with North Korea and get them to denuclearize."

Gabbard also addressed criticisms of her past visits to Syria, where she has met with that country's president. When asked by host Bret Baier if she considers Bashar al-Assad to be a war criminal, Gabbard answered: "What's more important than the question that you're asking right now is to focus on the costs of this regime change war on our country [and] the trillions of dollars that we've spent on waging a regime change war that has undermined our national security, strengthening terrorist groups like ISIS and Al Qaeda ... Let's focus on the costs and the consequences of these regime change wars and work for the interests of our country."

When asked if she agreed with the intelligence community's conclusion that Assad's forces gassed civilians opposed to his rule, Gabbard answered: "What I have said, and I have said this numerous times, is that the Assad government, the Syrian government ...  terrorist groups like Al Qaeda and other jihadist groups in Syria have unfortunately used these chemical weapons in this war that's currently being waged."