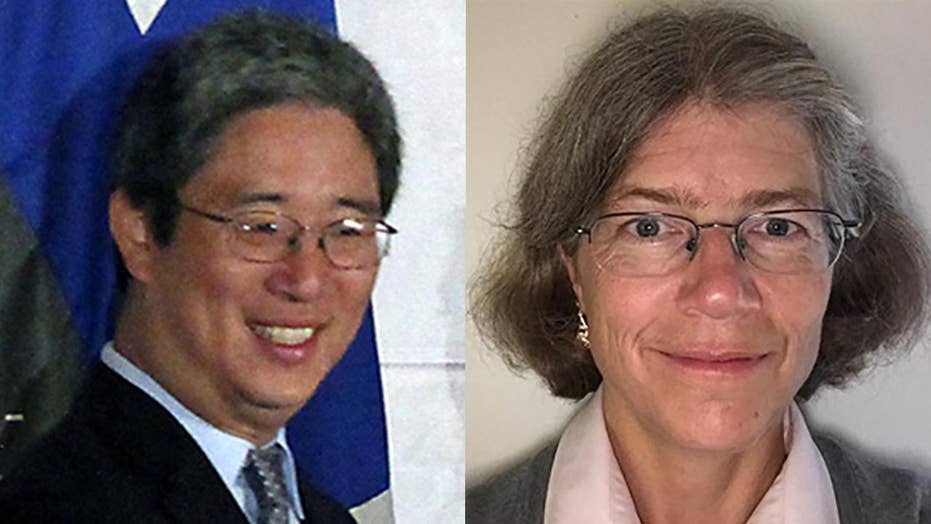 A co-founder of the opposition research firm Fusion GPS acknowledged in a new court document that his company hired the wife of a senior Justice Department official to help investigate then-candidate Donald Trump last year.

The confirmation from Glenn Simpson came in a signed declaration filed in U.S. District Court in Washington, D.C., and provided a fuller picture of the nature of Nellie Ohr’s work – after Fox News first reported on her connection to Fusion GPS.

Her husband, Bruce Ohr, was demoted at the DOJ last week for concealing his meetings with the same company, which commissioned the anti-Trump “dossier” containing salacious allegations about the now-president. Together, the Fusion connections for Mr. and Mrs. Ohr have raised Republican concerns about objectivity at the Justice Department, and even spurred a call from Trump’s outside counsel for a separate special prosecutor.

Simpson’s statement shows Mrs. Ohr was indeed involved in the Trump research. He said bank records reflect Fusion GPS contracted with her “to help our company with its research and analysis of Mr. Trump.”

Further, Simpson said he disclosed to the House intelligence committee that he met personally with Bruce Ohr, “at his request, after the November 2016 election to discuss our findings regarding Russia and the election.”

Fox News first reported last week that Bruce Ohr had been demoted at the DOJ amid an ongoing investigation into his contacts with Fusion GPS. Evidence collected by the House Permanent Select Committee on Intelligence (HPSCI), chaired by Rep. Devin Nunes, R-Calif., indicates that Ohr met during the 2016 campaign with Christopher Steele, the former British spy who authored the “dossier.” Additionally, as acknowledged in the court filing, he met with Simpson after the election.

DOJ official Bruce Ohr was demoted amid questions over his contacts with Fusion GPS figures. (AP)

Fusion GPS has attracted scrutiny because Republican lawmakers have spent the better part of this year investigating whether the dossier, which was funded by the Hillary Clinton campaign and the Democratic National Committee, served as the basis for the Justice Department and the FBI to obtain FISA surveillance last year on a Trump campaign adviser named Carter Page.

On Tuesday, Trump lawyer Jay Sekulow called for the appointment of a separate special prosecutor to look into potential conflicts of interest involving Justice Department and FBI officials.

When asked Tuesday about the Sekulow call, Sessions noted he’s already ordered that review following the prior call from members of Congress.

“I’ve put a senior attorney, with the resources he may need, to review cases in our office and make a recommendation to me ... if things aren’t being pursued that need to be pursued, if cases may need more resources to complete in a proper manner, and to recommend to me if the standards for a special counsel are met,” he said, calling that the “appropriate” course.