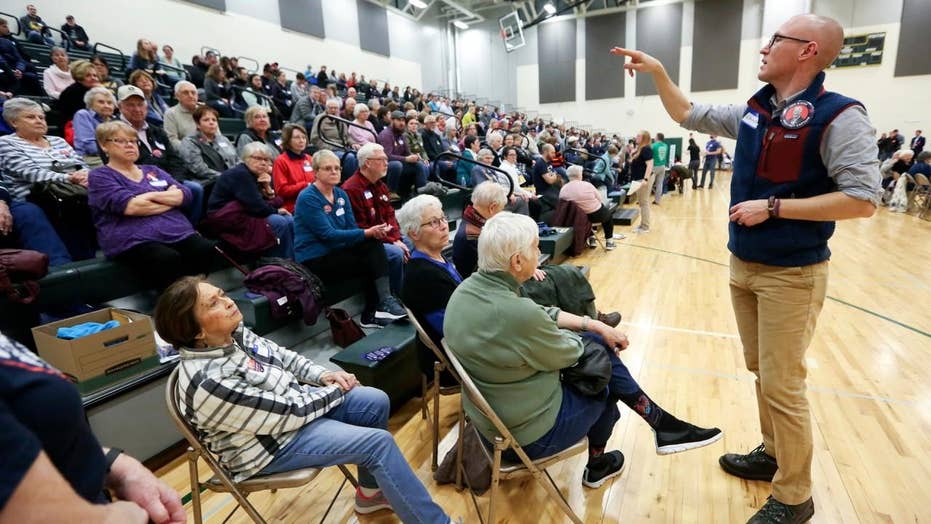 The Fox News Voter Analysis – a poll of more than 3,000 likely caucus-goers – provides important insight into voters’ views as they headed to caucus sites across Iowa on Monday night. These results represent voters’ initial candidate preferences, and the state’s complicated caucus system and reporting delays mean the final results may well differ from this data.  As of today, 71 percent of precincts were reporting results.

The survey revealed that eight-in-ten attendees were angry at the Trump administration and most of the rest were dissatisfied. On that, at least, Iowa’s Democrats could agree.

On other fundamental debates, however, caucus-goers were deeply split. More than twice as many voters were looking for a candidate who would fundamentally change the political system than one who would restore things to the way they were before Trump.

There were also clear ideological divisions – very liberal attendees went for Sanders and Warren, while moderate or conservative participants split their vote three ways, between Buttigieg, Biden, and Klobuchar.

These divisions may play a role through the primary season and even into the general election. A majority of Sanders supporters said they would be dissatisfied if Biden or Klobuchar was the eventual nominee and nearly half (48 percent) said the same of Buttigieg.

The reverse is also true – majorities of Klobuchar and Buttigieg supporters (and nearly half of Biden voters) would be unhappy if Sanders is the nominee.

This may bode well for Buttigieg and Warren – the only leading candidates who would be satisfactory to a majority of each of the other candidates’ supporters.

Iowa caucus-goers were clearly focused on electability: nearly nine-in-ten said it was very important their nominee could beat Trump. And yet, they had some doubts about which candidate – or which traits – would give them the best chance in November.

Over four-in-ten thought the Democrats would have a harder time against Trump if they nominated a woman (45 percent) or someone over age 75 (46 percent). There was even more skepticism about a gay nominee (57 percent) or one with strongly liberal views (59 percent). Of course, those characteristics describe each of the leading contenders.

Nominating a candidate with strong leadership was nearly as important to caucus-goers as electability. Caring about people like you, working across party lines, having the best policy ideas, and having the right experience were lesser priorities.

Buttigieg – the first gay major-party presidential candidate – won 22 percent of LGBT caucus-goers, finishing second (to Sanders) with that group. The South Bend mayor’s best demographic groups included moderate/conservatives, older voters, and college educated men. He also did well with those who are getting ahead economically and feel the economy is fair to most Americans.

Sanders’ strong showing was driven by younger, very liberal Iowans in urban and suburban areas. He also performed well among those who have known who they would support all along and first-time caucus-goers.

Biden’s strengths are, in many ways, the opposite of Sanders’. He performed best among seniors, rural areas, and the caucus’s more moderate or conservative attendees. Men without a college degree were also a source of strength for the former vice president.

Klobuchar performed best among many of Biden’s best groups, including seniors, and moderate/conservative attendees. But where Biden was strong among noncollege men, some of Klobuchar’s strongest support came from women and college graduates.

Voter contact has long been a key feature of the Iowa primary, as campaigns invest time and money in building strong voter contact operations. This year, almost three-quarters of attendees had been contacted by the Sanders campaign either in person or by telephone.  About two-thirds said they were contacted by the Warren and Buttigieg campaigns, while Biden’s operation contacted roughly half of attendees and Klobuchar’s about 4-in-10.

All that voter contact led to a host of first-time participants. These first-timers preferred Sanders, Buttigieg, and Warren.

Health care was the top issue for caucus-goers, followed by climate change. The economy and jobs trailed far behind, despite the fact that fully 85 percent felt the country’s economic system is unfair to most Americans.

The small number of attendees who supported the single payer option and opposed the public option broke heavily for Sanders (67 percent).

The Fox News Voter Analysis, conducted in partnership with the Associated Press, provides a comprehensive look at voting behavior, opinions and preferences as America votes.  The Iowa survey is based on surveys of the Iowa electorate conducted by NORC at the University of Chicago the week before the caucus, concluding as polls closed.  Interviews were conducted in English or Spanish.  The survey is based on interviews with a random sample of registered voters drawn from the state voter file.  The margin of sampling error for the 3,036 voters is estimated to be plus or minus 3.1 percentage points. Full methodology statement here.