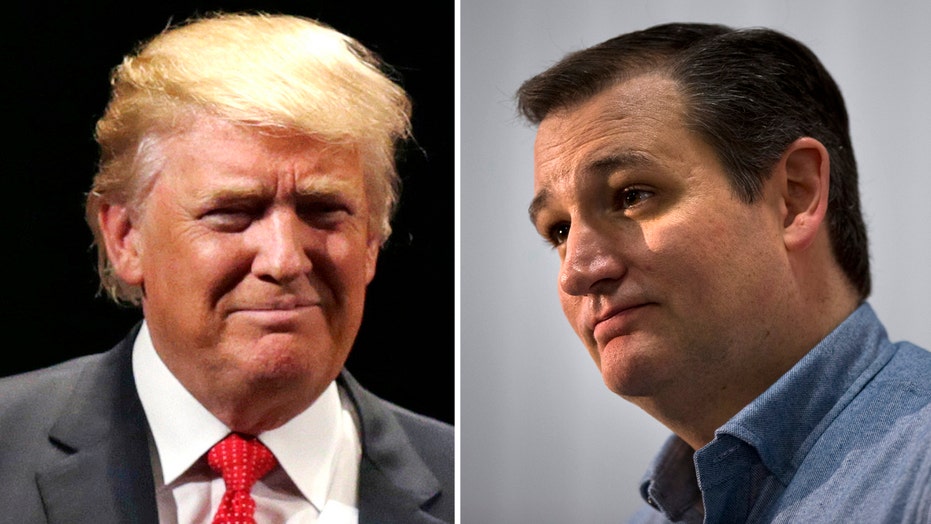 What happens to pilot fish Sen. Ted Cruz, R-Texas, when the Trump whale starts to turn on him? Charles Hurt, of the Washington Times, and David Drucker, of the WashEx, give the lay of the land to Chris Stirewalt.

Donald Trump and Ted Cruz lead the pack in the GOP nomination race.  They are also the two candidates Republicans think would be best at reversing Barack Obama’s agenda.

Here are the numbers from the latest Fox News national poll on the 2016 presidential election.

Trump leads with 35 percent among Republican primary voters.  Next is Cruz with 20 percent support -- his personal best in the Fox News poll.

Marco Rubio is third at 13 percent, while Ben Carson is at 10 percent.  Jeb Bush gets four percent, Carly Fiorina three percent, and Chris Christie, John Kasich and Rand Paul each get two percent.

Cruz (33 percent) has the advantage over Trump (26 percent) among self-described “very” conservative voters.

The race is much closer among white evangelical Christians: Trump 28 percent vs. Cruz 26 percent.

Almost half of GOP primary voters think Trump (48 percent) would be most effective at reversing Obama’s policies.  That’s more than twice as many as the 21 percent who say the same about Cruz.  Again, Rubio comes in third at nine percent.

Priorities of GOP primary voters have flipped since the Paris and San Bernardino attacks.  Now 43 percent say national security issues will be most important in deciding their vote for the nomination, followed by economic issues at 27 percent.  The last time the question was asked, before those attacks, voters prioritized economic issues over national security (38 percent and 26 percent respectively).

On the Democratic side, Hillary Clinton commands 54 percent support for the nomination among Democratic primary voters, far outperforming Bernie Sanders at 39 percent.  Martin O’Malley gets 3 percent.

While most Democratic primary voters are satisfied with their candidate choices (62 percent), many wish they had other options (38 percent) -- including 42 percent of Sanders supporters, and even 33 percent of Clinton supporters.

If the two current front-runners were to prevail as their respective party’s nominees, voters would watch both with a high degree of suspicion:  62 percent say Clinton is not honest and trustworthy, and 55 percent think the same of Trump.

Clinton currently ties or trails the Republicans in each of the possible 2016 matchups tested.

Rubio (50-41 percent) and Cruz (50-43 percent) perform best against the presumptive Democratic nominee.  Rubio has a nine-point advantage and Cruz is up by seven.

Trump tops Clinton by three points (47-44 percent) and Bush ties at 44 percent each.

Trump accused former President Bill Clinton of having a “terrible record of women abuse.”  Trump claimed that nobody has more respect for women than he does.

Men and women are about equally likely to say the scandals have done more to hurt than help.

The Fox News poll is based on landline and cellphone interviews with 1,006 randomly chosen registered voters nationwide and was conducted under the joint direction of Anderson Robbins Research (D) and Shaw & Company Research (R) from January 4-7, 2016. The poll has a margin of sampling error of plus or minus three percentage points for all registered voters, and 5 points for the Democratic primary voter sample (360) and 4.5 points for the Republican primary voter sample (423). 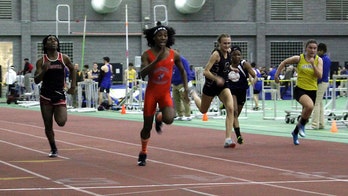 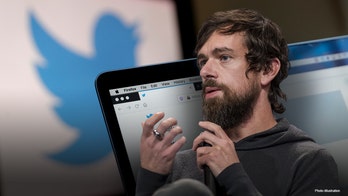 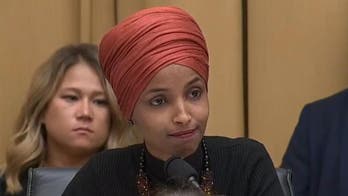