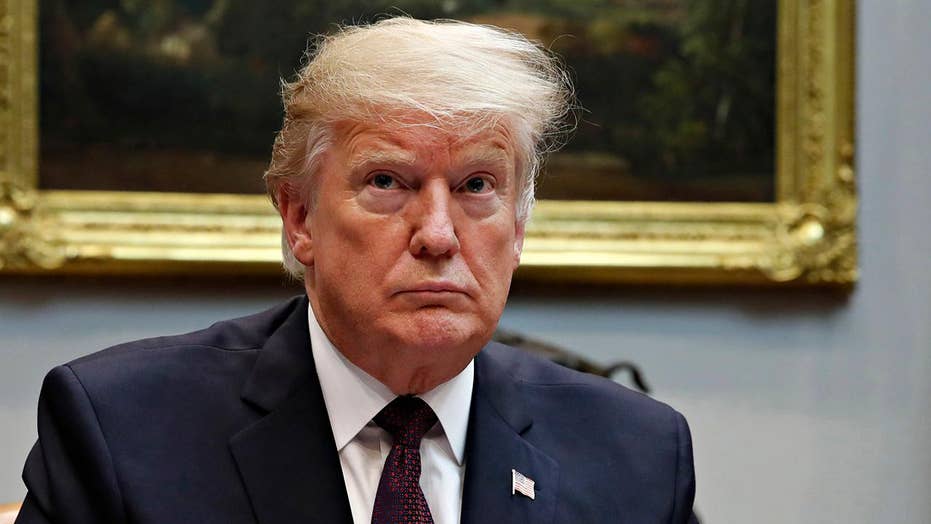 Is there anything in Trump’s proposed border security plan Democrats are willing to negotiate on?

President Donald Trump took office January 20, 2017.  The Fox News Poll checked in with voters about how things are going for the administration after two years.  Here are six takeaways.

-- Voters feel better about the economy than they did two years ago.

Forty-one percent of voters rate the economy positively (excellent or good), which is better than the 33 percent who felt that way when President Trump took office.  However, 41 percent is down from 47 percent excellent/good last month -- and the lowest mark since August 2017.

There’s also a decline in economic optimism: 37 percent believe the economy will be stronger a year from now, down significantly from 55 percent who said the same in 2017.  Some of the biggest drops in optimism come from independents (-32 points), very conservative voters (-28) Trump voters (-27), and Republicans (-25).

President Trump’s best job ratings continue to be on the economy: 49 percent approve vs. 46 percent disapprove.  He gets negative marks on border security (43-53 percent), immigration (42-54 percent), and foreign policy (38-53 percent).

-- Voters are less satisfied about the direction of the country.

Plus, 50 percent think the country is worse off than a year ago, while 34 percent say better off.

“Economic jitters and concerns about the direction of the country are emerging, including among Trump supporters,” says Democratic pollster Chris Anderson, who conducts the Fox News Poll with Republican counterpart Daron Shaw.  “The federal shutdown could cast a long political shadow if it is remembered as ushering in an economic downturn.”

President Trump’s job approval is 43 percent, while 54 percent disapprove.  Last month, before the federal shutdown, it was 46-52 percent.  Approval is down five points among Republicans, and down 10 among GOP women.

The decline since September in satisfaction with the direction of the country comes mainly from white evangelical Christians (-18 points), conservatives (-11), Trump voters (-13), and Republican men (-13).

The biggest drops since last January in the number saying the country is better off today come from very conservatives (-12 points) and Republicans (-10).

Approval of Trump is at or near record lows among men (45 percent) and very conservative voters (83 percent).  Since last month, his approval dropped 10 points among both Republican women (from 93 to 83 percent) and suburban men (from 53 to 43 percent), and went down 7 points among white evangelical Christians (from 78 to 71 percent).

Voters oppose impeaching the president and removing him from office by an 8-point margin (41 percent yes, 49 percent no).  Seventy-one percent of Democrats say yes, while 86 percent of Republicans say no.  At the same time, a plurality believes the Trump campaign coordinated with the Russian government in the 2016 election (46 percent yes vs. 39 percent no).

When given the chance to name whatever they think should be President Trump’s top priority, Republicans say immigration/build the wall (31 percent), national security (16 percent), and the economy (15 percent).  For Democrats, the list is:  resign (20 percent), end the shutdown (15 percent), and unite the country (10 percent).

The Fox News poll is based on landline and cellphone interviews with 1,008 randomly chosen registered voters nationwide and was conducted under the joint direction of Beacon Research (D) (formerly named Anderson Robbins Research) and Shaw & Company Research (R) from January 20-22, 2019.  The poll has a margin of sampling error of plus or minus three percentage points for all registered voters.