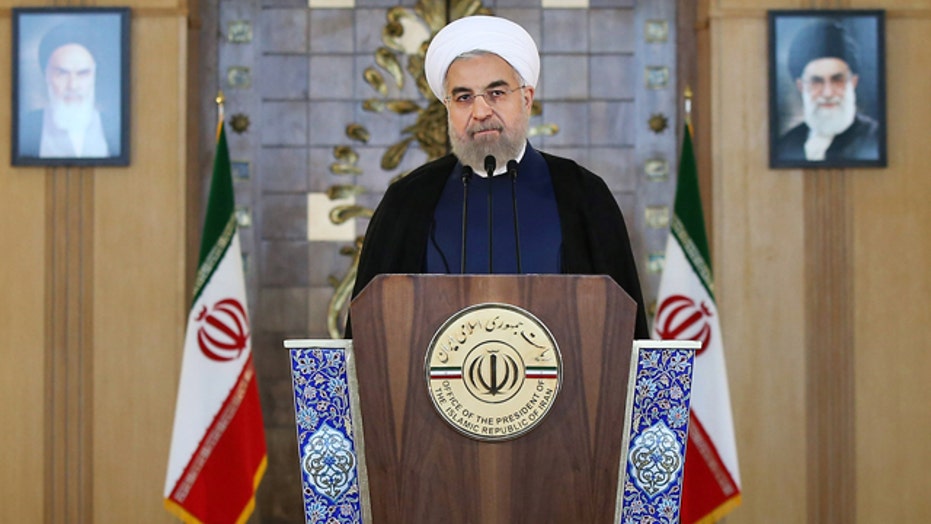 Can Tehran's cooperation be verified?

Most American voters don’t trust Iran -- and worry the Obama administration was willing to give too much to get a deal on Iran’s nuclear program.

That’s according to a new Fox News poll, conducted Monday through Wednesday evenings.

President Obama announced early Tuesday that an agreement had been reached on Iran’s nuclear program, and he held a press conference to defend it Wednesday afternoon. The deal must still go before Congress for review.  Lawmakers have 60 days to consider it.

The poll finds 80 percent of voters think Iran cannot be trusted on the issue of nukes.

At the same time, 68 percent are concerned the White House has been so eager to get a deal that economic sanctions against Iran are being eased too much.  That includes 42 percent who are “very” concerned about Obama’s eagerness to compromise during negotiations.

Just over half -- 51 percent -- think the Obama administration hasn’t been aggressive enough in trying to stop Iran from getting a nuclear weapons program, including more than a quarter of Democrats (29 percent).

Overall, 37 percent of voters say the administration’s actions on Iran have been “about right,” and hardly any -- three percent -- say the White House has been “too aggressive.”

About twice as many voters think the United States can trust what Iran says on nuclear weapons today as thought so nearly a decade ago: 15 percent say Iran can be trusted, up from 8 percent in 2006 (the first time the question was asked on a Fox News poll).

The shift comes from Democrats and independents.  The new poll finds 22 percent of Democrats think Iran can be trusted.  That’s nearly three times the 8 percent who felt that way in 2006.  Among independents, it is 17 percent now, up from 6 percent.

For Republicans, six percent say Iran can be trusted.  It was seven percent in 2006.

The Fox News poll is based on landline and cell phone interviews with 1,019 randomly chosen registered voters nationwide and was conducted under the joint direction of Anderson Robbins Research (D) and Shaw & Company Research (R) from July 13-15, 2015. The full poll has a margin of sampling error of plus or minus three percentage points.