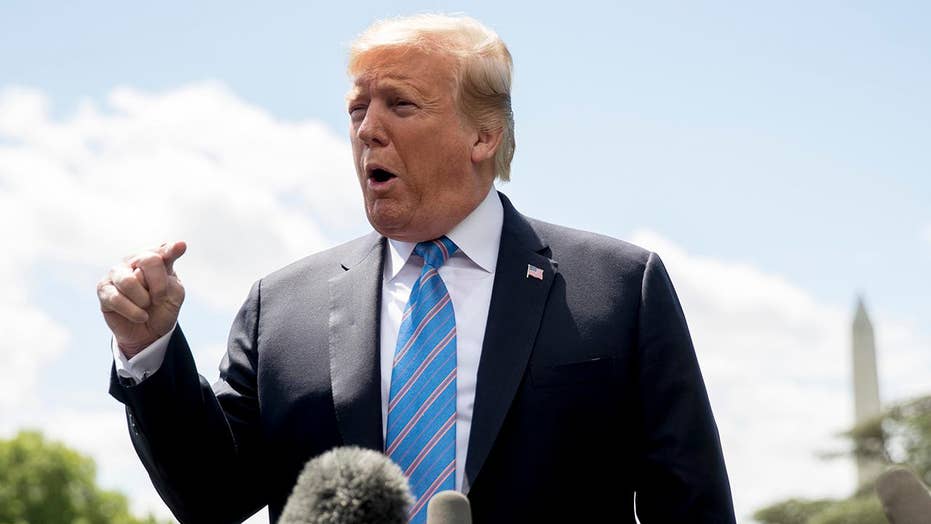 Here are five takeaways on the Russia investigation from a Fox News Poll released Thursday.

-- Republicans are warming to Special Counsel Robert Mueller, while Democrats are cooling to him.

-- Mueller is more trusted than the president and the attorney general.

-- Voters think there is a chance the FBI broke the law when investigating the Trump campaign.

-- More oppose impeachment of President Trump than support it.

-- Voters disapprove of how Attorney General Barr is handling the Mueller report and are wary of his motives.

Forty-six percent of voters approve of the way Mueller handled the Russia investigation, while 32 percent disapprove.

Thirty-eight percent of Republicans join 55 percent of Democrats in approving of Mueller -- and both of those numbers represent a significant shift.  Approval has gone up among Republicans and down among Democrats since completion of his investigation, which did not find evidence of a criminal conspiracy between Trump associates and Russia and resulted in no obstruction of justice charges against the president.

When asked who they trust more to tell the truth, voters pick Mueller over Trump (by 45-27 percent), Mueller over Attorney General William Barr (by 40-22 percent), and Congressional Democrats over the administration (by 44-33 percent).

Voters give Barr negative ratings for his handling of the Mueller report (35 approve, 44 disapprove), and by a 12-point margin more think he is “covering up” for the president than being transparent with the American people (45-33 percent).

Barr said he was looking into whether the initial FBI spying on the Trump campaign was legally predicated and has tasked U.S. Attorney for the District of Connecticut John H. Durham to look into the origins of the Russia investigation.

A majority (58 percent) thinks it is at least somewhat likely the FBI broke the law when it first started investigating the Trump campaign: 24 percent say “extremely” likely, 14 percent “very” likely and 20 percent “somewhat” likely.  Republicans (77 percent) are 35 points more likely than Democrats (42 percent) to believe there is at least a chance illegal activity happened.

In a retrospective job rating, 32 percent approve of the job James Comey did as director of the FBI, while 40 percent disapprove.  Another 27 percent are unsure.

Voters oppose impeaching Trump and removing him from office: 42 percent yes, 50 percent no.  Seven in 10 Democrats want him impeached compared to 1 in 10 Republicans.  Those numbers haven’t moved since January.

At the same time, voters are more inclined to believe Democrats in Congress are seeking the truth for the American people (49 percent) than attacking Trump unfairly (41 percent).

Among the subgroup of voters who are extremely or very familiar with the Mueller report, views generally lean further against the administration.  Fifty-four percent of engaged voters say Congressional Democrats are seeking the truth, 53 percent think Barr is covering up for Trump, and views on impeachment split 49-49 percent.  Sixty-one percent approve of Mueller.

But Russian election meddling isn’t what most Americans spend their time thinking about.  In conversations with friends and neighbors, about 4 in 10 say they frequently talk about the cost of health care (40 percent) and illegal immigration (37 percent).  That’s about double the number who frequently discuss Russian interference in the election (21 percent).