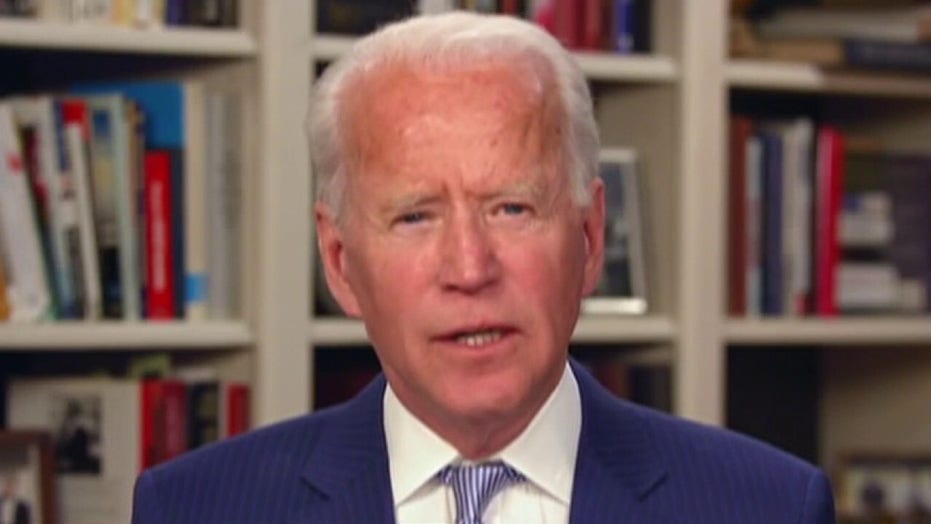 The presidential race has tightened.

According to a new Fox News Poll of registered voters, the incumbent president and presumed Democratic nominee now tie with 42 percent support apiece.

Some 16 percent would vote for a third-party candidate or are undecided.  Trump’s 42 percent support is, by a narrow margin, his highest ever against Biden, while Biden’s mark is his lowest by far.

Two weeks ago, Biden was up by 49-40 percent (March 21-24).  Some of the most significant declines in his support come from women (-9 points) and non-whites (-11).  Yet, the most troublesome shift is among Democrats, as just 80 percent back him, down from 87 percent in March.

“The timing of the coronavirus pandemic meant Biden didn’t get the opportunity to rally crowds and build enthusiasm after his big primary wins in early March,” says Democrat Chris Anderson, whose firm conducts the Fox News Poll with Republican Daron Shaw.

“And now Americans of all political stripes have a shared enemy in coronavirus, and the right thing for him to do from a public health perspective is stay home.  That’s a tough position for the Biden campaign.”

Trump is helped by the highest number of voters identifying as Republican in nearly a year.  While Democrats typically hold an edge over Republicans nationally in party identification, this can shift based on events and changing sentiment.  For some time, voters have been more likely to align as Democrats than as Republicans.  In Fox News polls over the last year, there has been a seven percentage-point Democratic advantage, on average.  In this poll, equal numbers of voters identify as Democrat and Republican.

“Above all else, party identification is an attitude -- one that is influenced by the politics of the day,” says Shaw.

“A global pandemic and Trump’s daily press conferences appear to have revved up Republicans and quieted Democratic voters.”

Forty-eight percent of voters view the former vice president favorably and 47 percent unfavorably.  That gives Biden a net positive rating by one point, while Trump is underwater by three (47 favorable vs. 50 unfavorable).