Most American voters think a nuclear crisis like what is happening in Japan could happen in the United States. In addition, the number believing nuclear power is not safe is on the rise.

Fully 83 percent of voters think a disaster similar to Japan’s could happen in the U.S., while a small 15-percent minority doesn’t think so. That’s according to a Fox News poll released Friday.

No gender gap or partisan divide on that issue: most men, women, Democrats, Republicans and independents all agree it’s possible a major nuclear crisis could happen here. However, voters ages 30 and younger (27 percent) are about twice as likely as those 55 and over (14 percent) to believe a crisis like Japan’s could not happen.

All in all, views on the safety of nuclear energy are more negative since the disaster. The new poll found 44 percent do not think nuclear power is a safe energy source. That’s up from 40 percent the week of the Japan earthquake (March 14-16), and 34 percent three years ago (June 2008).

Yet nearly half of voters -- 49 percent -- continue to believe nuclear power is safe, compared to 51 percent who thought so in March, and 53 percent in 2008.

Men (59 percent) are much more likely than women (40 percent) to believe nuclear power is safe.

Independents (57 percent) and Republicans (55 percent) are more inclined than Democrats (40 percent) to say it is safe.

What If Gas Prices Hit $7 a Gallon?

Finally, with the rise of gasoline prices across the country, the poll asked how voters would react if prices hit seven dollars a gallon. Most -- 70 percent -- say they would be more likely to demand the government increase supply through more domestic drilling, while 23 percent would accept that environmental standards prevent more drilling and learn to accept paying higher prices.

Democrats (31 percent) are almost three times as likely as Republicans (11 percent) to say they would learn to accept paying the higher prices.

The Fox News poll is based on landline and cell phone interviews with 914 randomly chosen registered voters nationwide and was conducted under the joint direction of Anderson Robbins Research (D) and Shaw & Company Research (R) from April 3 to April 5. For the total sample, it has a margin of sampling error of plus or minus 3 percentage points. 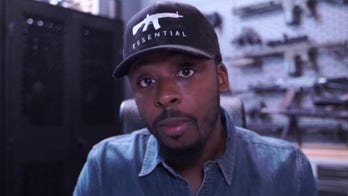