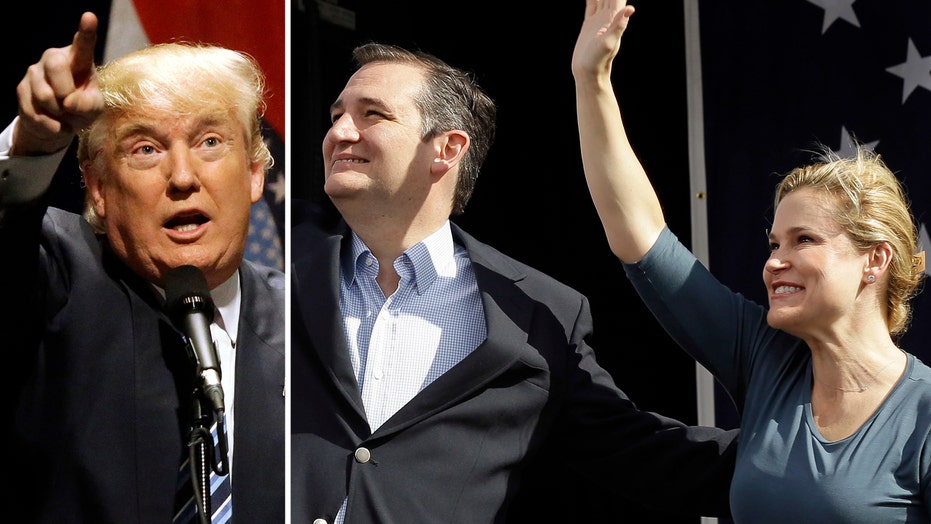 Trump threatens to 'spill the beans' about Cruz's wife

Bias Bash: Justin Duckham on how the media should cover the Trump campaign

That’s according to a new Fox News national poll on the 2016 election that included personal favorable ratings for the contenders still running.

Republican front-runner Donald Trump’s ratings are even worse: 31 percent of voters view him favorably.  A record 65 percent have an unfavorable opinion of him, up from 59 percent in September.

More voters have a positive view of Ted Cruz: 36 percent favorable now, up from 29 percent in September.  However, his unfavorable number increased too:  53 percent, up from 42 percent.

The only other person tested who has a net positive rating isn’t running for president -- he is president.  Barack Obama receives a 49 percent favorable vs. 48 percent unfavorable rating.

And no one comes close to Obama’s score among the party faithful, as Democrats give him a net positive score of +71 points.

Currently, 48 percent of voters approve of the job Obama is doing as president, while 46 percent disapprove.  Last month it was 49-47 percent.

Partisans disagree on the president’s job performance:  Most Democrats approve of Obama (84 percent), while most Republicans disapprove (81 percent).

Yet they agree Congress is doing a bad job:  73 percent of Democrats and 80 percent of Republicans disapprove.

The Fox News poll is based on landline and cellphone interviews with 1,016 randomly chosen registered voters nationwide and was conducted under the joint direction of Anderson Robbins Research (D) and Shaw & Company Research (R) from March 20-22, 2016. The full sample has a margin of sampling error of plus or minus three percentage points.