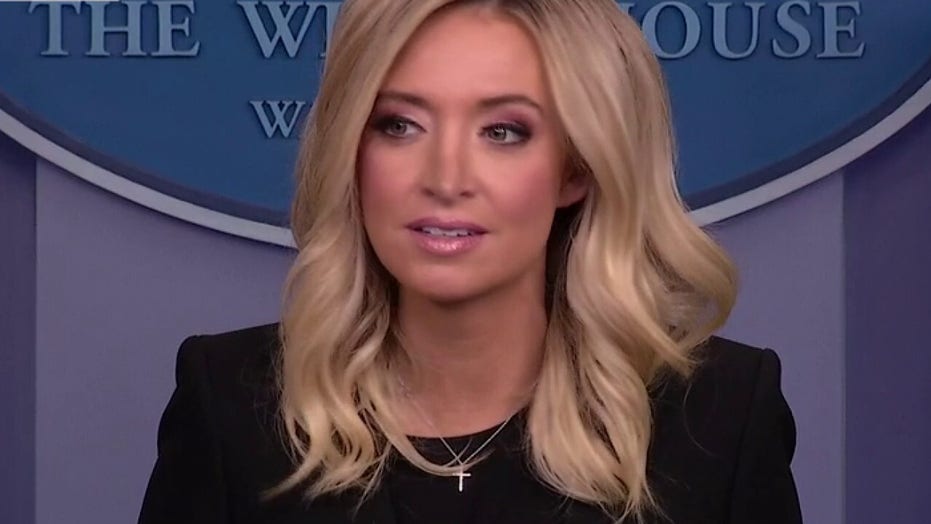 McEnany's predecessors in the Trump administration -- Sarah Huckabee Sanders and Sean Spicer -- both praised her performance, which came after more than a year of the White House not holding any briefings.

"Proud of my friend Kayleigh for doing a great job in her first briefing," Sanders tweeted. "It’s one of the toughest but most rewarding parts of the job and she handled it with confidence and grace. Well done @PressSec!"

"She was in command of facts, and she spoke knowledgeably and comfortably from that podium. It’s important the WH [White House] have a sharp, good PS [press secretary] and it’s important to the media as well. Well done," he tweeted.

However, not everyone was as enthusiastic about McEnany's performance. Joe Lockhart, who served as press secretary under former President Bill Clinton, derided her performance as a "shadow briefing."

"For anyone who thinks that was a normal White House briefing just watch the last 45 seconds. No other press secretary in history described a White House performance in terms of high ratings. It just tells you how they don't care about anyone but themselves," he tweeted.

"FDR [Franklin D. Roosevelt] never said I'm doing great despite significant setbacks in the war because everyone is listening to my fireside chats."

He added: "Here's a question that would have been asked at the shadow briefing today. You've cited Dr. [Anthony] Fauci several times today to establish credibility for your pandemic response But you are also encouraging states to reopen against the advice of Fauci. How do you square those two things?"

During her briefing, McEnany touched on a variety of topics, including the coronavirus and news that the FBI sought to get former national security adviser Michael Flynn to lie in a January 2017 interview.

Lockhart added that he hoped McEnany would receive a question about certain issues surrounding Flynn's case.

McEnany's tenure could mark a shift in the frequency of White House briefings, which never occurred under her predecessor, Stephanie Grisham.

President Trump takes questions from reporters on a regular basis and the James S. Brady Press Briefing Room has been used for almost-daily coronavirus task force briefings since March -- but McEnany is the first press secretary to stand at the podium in roughly 416 days.

Spicer, Trump’s first press secretary, sparred with reporters on a regular basis and his successor, Sanders, initially continued the tradition but eventually, the briefings were phased out. McEnany told reporters that the briefings are back, but declined to elaborate on the schedule.