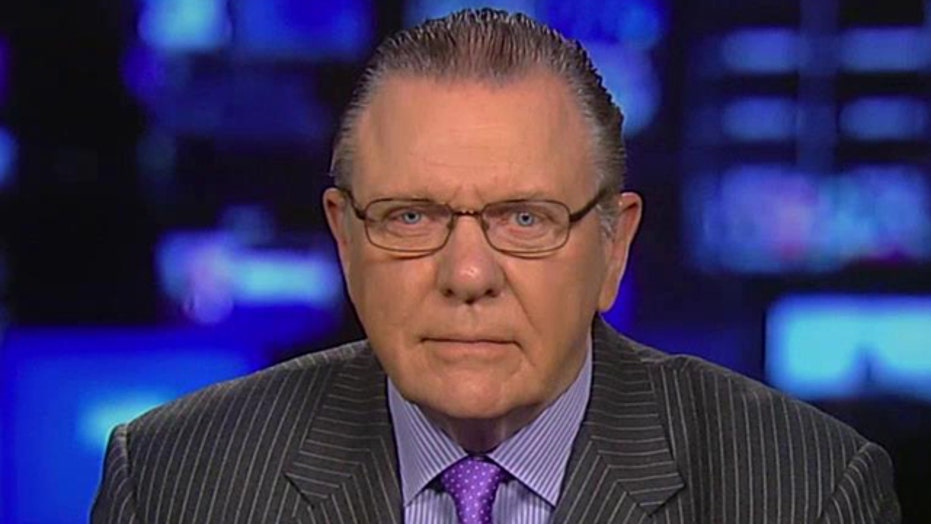 A forthcoming book by the former deputy director of the Central Intelligence Agency argues that the U.S. underestimated Al Qaeda's ability to regain its former strength following the killing of Usama bin Laden in 2011.

According to The Washington Post, Michael Morell writes that the CIA compounded its failure to anticipate the Arab Spring movement in the Middle East and North Africa by predicting that the unrest would deal a devastating blow to the terror network.

"We thought and told policy-makers that this outburst of popular revolt would damage Al Qaeda by undermining the group’s narrative," Morell writes in his book "The Great War of Our Time," due out later this month.

The protests resulted in the overthrow of governments in Egypt, Libya, Yemen, and Tunisia. In Syria, demonstrations against President Bashar al-Assad led to a bloody civil war that has spawned several terror groups. Most notoriously, the Islamic State in Iraq and Syria (ISIS), has overrun large parts of Syria and Iraq since last summer. As a result, the Post reports that U.S. officials expect regional conflicts exploited by extremists, like those roiling Syria, Libya and Yemen, to take at least a decade to resolve.

Morell writes that the collapse of several governments removed those countries' ability to contain militant groups linked to or inspired by Al Qaeda.

"Arab Spring was a boon to Islamic extremists across both the Middle East and North Africa," he writes. "From a counterterrorism perspective, the Arab Spring had turned to winter."

Morell writes that the U.S. failed to predict the Arab Spring because it had become too reliant for intelligence on the very regimes that would be toppled.

"We were lax in creating our own windows into what was happening, and the leadership we were relying on was isolated and unaware of the tidal wave that was about to hit," Morell writes, according to the Post, which obtained a copy of Morell's book.

Morell's book also discusses the 2012 terror attack on the U.S. Consulate in Benghazi, Libya. He accuses Republicans of distorting the agency's analysis of the attack that resulted in the deaths of four people, including U.S. Ambassador Chris Stevens.

Morell dismisses the notion that CIA officers and the military "were ordered to stand down" and not come to the aid of their comrades in Benghazi. And he said there is no evidence the agency had conspired with the White House to spin the Benghazi story to protect then-Secretary of State Hillary Clinton.

But he also wrote that the White House embellished some of the talking points provided by the CIA about the attack and blocked him from sending an internal study of the agency's conclusions to Congress. The New York Times reports that Morell also criticizes the State Department for not increasing security in Libya for its diplomats as the country's violence spiraled out of control.

Morell retired from the CIA in 2013 after a 33-year career. He served as deputy director during the final years of his tenure, with two brief stints as acting director following the departures of Leon Panetta and David Petraeus.