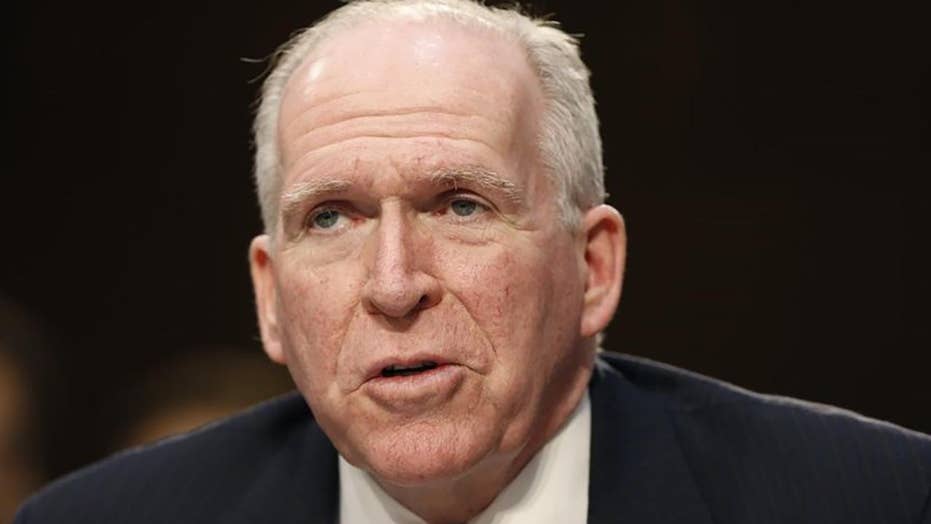 Former CIA Director John Brennan slammed President Trump on Saturday for firing Andrew McCabe days before being eligible for a lifetime pension, suggesting the president is a “demagogue” headed for the “dustbin of history.”

McCabe, a former acting FBI director, was fired Friday night after multiple federal probes and reports showed that he lied to investigators reviewing the bureau’s probe into whether Hillary Clinton sent and received classified information on private email servers while secretary of state.

He was fired days before he would have been eligible for a lifetime pension.

Attorney General Jeff Sessions said he officially fired McCabe after receiving a report from the Inspector General, the findings from the FBI Office of Professional Responsibility and the recommendation of the Justice Department’s senior career official. He said the firing was based on Justice Department procedure.

The attorney general said the reports concluded that McCabe made an unauthorized disclosure to the news media and lacked candor -- including under oath -- on multiple occasions. Sessions also said McCabe was fired after a “fair and extensive” investigation.

“Andrew McCabe FIRED, a great day for the hard working men and women of the FBI - A great day for Democracy,” Trump tweeted Friday night. “Sanctimonious James Comey was his boss and made McCabe look like a choirboy. He knew all about the lies and corruption going on at the highest levels of the FBI!”

On Saturday afternoon he tweeted: "As the House Intelligence Committee has concluded, there was no collusion between Russia and the Trump Campaign. As many are now finding out, however, there was tremendous leaking, lying and corruption at the highest levels of the FBI, Justice & State. #DrainTheSwamp"

Republicans on the GOP-controlled committee ealier this month reached that conclusion, though Democrats on the panel disagree.

Trump has been feuding with FBI leadership since taking office, suggesting top bureau officials are undermining him and his administration – particularly with its investigation into whether his 2016 presidential campaign colluded with Russia.

“When the full extent of your venality, moral turpitude, and political corruption becomes known, you will take your rightful place as a disgraced demagogue in the dustbin of history,” Brennan, an Obama administration CIA director, tweeted in response to Trump’s tweet. “You may scapegoat Andy McCabe, but you will not destroy America...America will triumph over you.”

McCabe, who served as the FBI’s acting director after Trump fired James Comey in May 2017, said his dismissal is “part of a larger effort not just to slander me personally, but to taint the FBI, law enforcement and intelligence professionals more generally.”

"It is part of this Administration’s ongoing war on the FBI and the efforts of the Special Counsel (Russia collusion) investigation,” he said in a statement. “For the last year and a half, my family and I have been the targets of an unrelenting assault on our reputation and my service to this country.

He continued: “The President’s tweets have amplified and exacerbated it all. He called for my firing. He called for me to be stripped of my pension after more than 20 years of service."

McCabe led the bureau, independently, until Aug. 2, 2017 -- during the early months of the investigation into Russian meddling in the 2016 presidential election and potential collusion with Trump campaign associates.

Republicans have long criticized McCabe for his ties to the Democratic Party — his wife received donations during a failed 2015 Virginia Senate run from a group tied to a Clinton ally, former Virginia Gov. Terry McAuliffe — all while the Clinton email probe was underway.