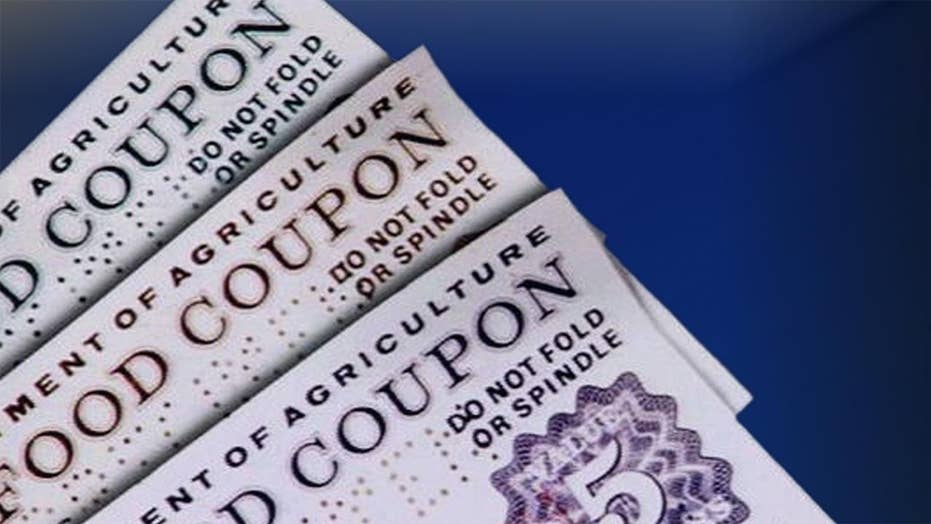 The state saw an 85 percent drop in food stamp recipients

After the food stamp rolls swelled for years under the Obama administration, fresh figures show a dramatic reduction in states that recently have moved to restore work requirements.

States were allowed to waive those rules for able-bodied adults thanks to the 2009 economic stimulus. As the rules loosened and the economy sputtered out of the recession, food stamp enrollment soared to record levels – peaking at nearly 48 million nationwide in 2013.

But while that number has dipped gradually in recent years, some states have moved aggressively to push recipients who can work back into the job market and, in due time, off the program.

Alabama began 2017 by requiring able-bodied adults without children in 13 counties to either find a job or participate in work training as a condition for continuing to receive Supplemental Nutrition Assistance Program (SNAP) benefits.

According to AL.com, the number of those recipients declined from 5,538 to 831 between Jan. 1 and the beginning of May – an 85 percent drop.

Similar changes were implemented in select counties in Georgia and by the end of the first three months, the number of adults receiving benefits in three participating counties dropped 58 percent, according to the Georgia Public Policy Foundation.

'Welfare was never intended to be a one-way handout, but a program based on the idea of reciprocity.'

The Atlanta Journal-Constitution recently reported that in 21 additional counties that restored the work requirement, there was a 62 percent drop in SNAP participants.

“Work requirements have been enormously successful at reducing the number of people on food stamps. And while they made sense in the early part of the recession when unemployment was higher, that is no longer the case,” said Robert Doar, a fellow in poverty studies at the American Enterprise Institute.

A key component of the 1996 welfare reform bill, the work requirement applies to able-bodied adults without dependents (ABAWD) between the ages of 18 to 49.

However, as part of his 2009 economic stimulus, then-President Barack Obama allowed states to waive SNAP work requirements, which resulted in the number of ABAWDs on food stamps more than doubling from 1.9 million in 2008 to 3.9 million in 2010, according to a 2012 Congressional Research Service study.

The number continued to rise but has since slipped to roughly 4.2 million. According to the USDA, most states still offer full or partial waivers.

Advocates for waivers argue that the flexibility is needed to help people get back on their feet in the wake of the economic crisis. And a call in the Trump administration’s budget to resurrect the work mandate and scale back SNAP’s budget has drawn fire from anti-hunger advocates.

“Parents will work just as hard at unforgiving jobs and see less food on the table for their families. Children will become sicker without the proper nutrition, ending up in hospitals or on the rolls of what social services remain. Some children will die,” Mariana Chilton, a professor of public health at Drexel University, predicted in a column for The Hill.

SNAP reform, however, could be bolstered by the developments at the state level.

“Welfare was never intended to be a one-way handout, but a program based on the idea of reciprocity,” said Robert Rector, a fellow at the conservative Heritage Foundation. “Those who receive benefits from the government should be required to work or participate in work-training as a condition.”

Doar and Rector cite reforms made by Republican Gov. Paul LePage of Maine.

In October 2014, LePage announced that able-bodied adults would have to find work, spend 20 hours per week in a work program, or perform community service for six hours a week.

Kansas saw a 75 percent decline after implementing work requirements in 2013. In addition, nearly 60 percent of former beneficiaries found employment within 12 months and their incomes rose by an average of 127 percent per year, according to the Foundation for Government Accountability.

The Maine model taken nationwide could save taxpayers over $8.4 billion per year, according to Rector.

That is the goal of Rep. Jim Jordan, R-Ohio, and Sen. Mike Lee, R-Utah, who have introduced a bill to require able-bodied adults without children to participate in “work activation” initiatives as a condition of their benefits. It also imposes time limits on SNAP participation.

“We should be incentivizing work, not providing a disincentive to find a job, which is a good thing both for the taxpayer as well as for the beneficiary,” Jordan said.

Jordan told Fox News he speaks with business owners in his district every day who cannot find workers to fill open positions.

“The focus of these programs should be on how we can help adults get their families to a better way of life,” Jordan said.