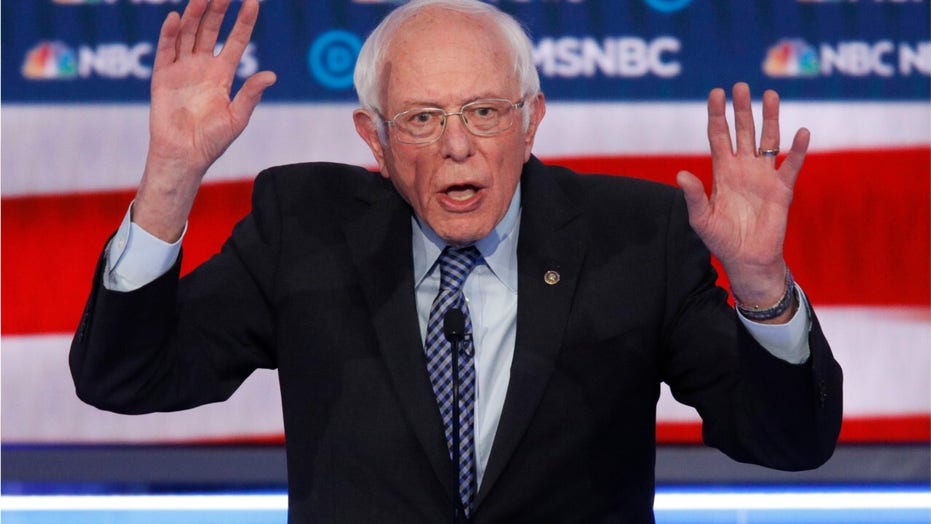 A former consultant for Bernie Sanders’ 2016 presidential campaign was arrested after he allegedly planted loaded weapons and ammunition inside a Tennessee corrections facility that was under construction in an attempt to carry out a future jailbreak, authorities said.

Criminal justice reform advocate Alex Friedmann, who was not an inmate but allegedly was plotting to help prisoners escape when the facility opened, was arrested Tuesday on one count of felony vandalism, but Davidson County Sheriff Daron Hall said during a press conference Wednesday that the allegations go far beyond that.

The opening of the Nashville detention center, which was slated for April, was indefinitely postponed after his arrest, according to the Tennessean.

“Throughout the last several weeks it was discovered that Mr. Friedmann, over many months, had developed and implemented an extremely deliberate – and in my opinion evil – plan,” Hall said during the press conference, which was broadcast by local NBC affiliate WSMV. “Understand, this plan went far beyond vandalism. Ultimately it included planting various tools, weapons, security equipment throughout this facility. All designed to assist in a massive escape plan.”

Hall went on to describe how the weapons included loaded guns and ammunition.

“What disturbed me most is not that this was about an escape,” he said. “It was also about loss of life.”

Friedmann worked with the 2016 presidential campaign of Sen. Bernie Sanders, I-Vt., as one of several consultants who educated him on criminal justice issues. It resulted in Sanders introducing a bill aimed at eliminating private prisons. Friedmann told The Atlantic in 2015 that the bill did not go far enough to achieve that goal.

“It appears to be more for political purposes than to actually address the many problems in our criminal justice system,” he told the publication.

Sanders' 2020 presidential campaign did not immediately respond to Fox News' request for comment.

Sheriff Hall said the arrest came after an investigation stemming from a previous case involving Friedmann, who was arrested in January on charges including attempted burglary for allegedly posing as a construction worker to enter a different detention center multiple times, stealing keys, and diagraming the layout of the center, which was still being built and not in use at the time.

A press release from the sheriff’s office said that corrections officials noticed on Dec. 30 that two keys were missing. They viewed surveillance video and saw someone dressed as a construction worker who matched Friedmann’s description taking a key ring, then coming back and replacing it with two keys missing.

Friedmann, who was associate director of the Human Rights Defense Center and managing editor of its Prison Legal News publication, was released following that arrest after he posted $2,500 bond, and the case is still pending. HRDC director Paul Wright declined to comment on the allegations but told Fox News that Friedmann resigned from the organization following his January arrest.

Friedmann’s attorney Ben Raybin told Fox News that it was “important to clarify that the new vandalism charge stems from alleged conduct arising last year, and not any recent actions occurring after his previous arrest.” He said the keys were returned to the sheriff’s office and that Friedmann has been cooperative.

“Mr. Friedmann surrendered himself immediately after being advised of the new charge,” Raybin said.

Friedmann is currently in custody following his arrest, with bond set at $2.5 million. His next court appearance is scheduled for Feb. 26, with an April 6 date set for the previous case.