In an unusual order posted Friday, the federal judge in the case of former Trump national security adviser Michael Flynn told the Justice Department to file a declaration -- under penalty of perjury -- by Monday that evidence in the case is “true and correct.”

“The government has acknowledged that altered FBI records have been produced by the government and filed on the record in this case,” noted Judge Emmet Sullivan

The order from Sullivan comes as the government again requested the judge dismiss the criminal case against Flynn, a move Sullivan has so far resisted.

It’s the latest twist in a case where the former Trump national security adviser pleaded guilty twice to lying to the FBI about his contacts with Russian officials. Flynn has since tried to withdraw the plea, and the Justice Department has sought to have the charges dismissed.

Flynn’s legal team has long clashed with Sullivan. Earlier this month, Flynn demanded in a new court filing that Sullivan should recuse himself from "further participation" in his case, citing an "appearance of bias," which his legal team cast as "terrifying and mandates disqualification."

"The circumstances of this case lead any reasonable observer to believe that the current judge has a personal interest in the outcome, is irreparably biased against general Flynn, and is actively litigating against him,” according to the filing. 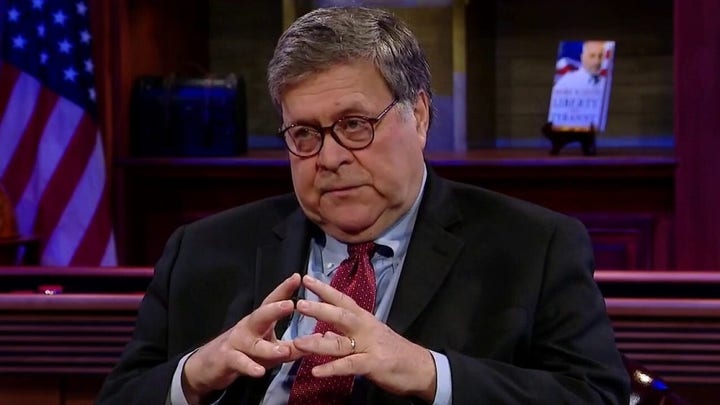 Flynn and his legal team added that “the court’s contempt and disdain for the defense was palpable throughout the hearing on Sept. 29, including when defense counsel made an oral motion for his immediate disqualification, which he refused to allow even to be fully stated for the record.

Flynn and his attorneys have for months been engaged in a back-and-forth with the D.C. Circuit Court of Appeals over the government’s efforts to dismiss the charges against Flynn of lying to federal prosecutors during the Mueller investigation about his contacts with a Russian ambassador. He recently changed his position, maintaining his innocence and seeking to withdraw that plea, while asserting that FBI agents acted improperly when they questioned him.

The Justice Department’s motion to dismiss raised such concerns about investigators' conduct. It came after unsealed FBI notes revealed that there had been a question regarding what the purpose of Flynn’s interview was: whether the aim was find out the truth or to get him to lie and thus subject him to being prosecuted or fired. Flynn ended up facing charges and being terminated from the national security adviser job.

When Attorney General Bill Barr moved to dismiss the charges against Flynn on grounds of prejudice, Sullivan declined to rule on the motion.