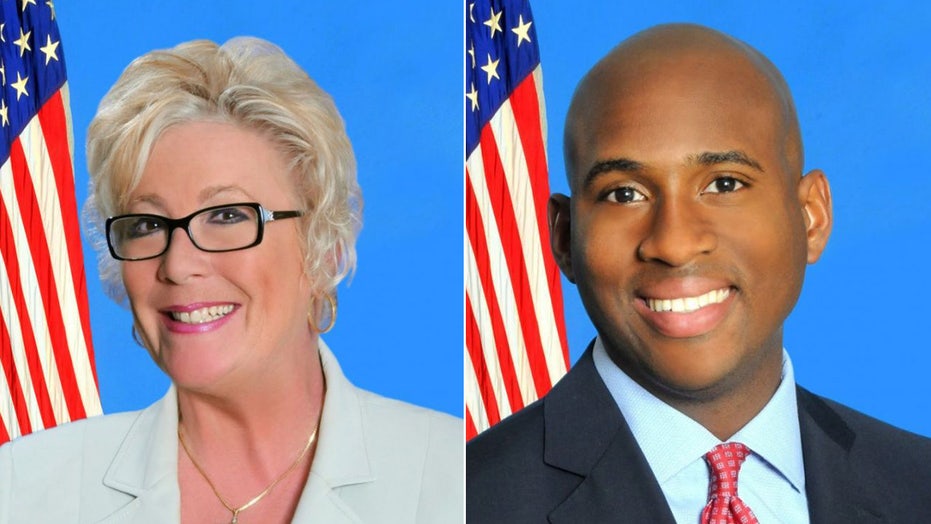 Republican Rep. Bill Johnson weighs in on what to expect from the upcoming vote.

A meeting for a South Florida city government exploded into a shouting match over the city's handling of the coronavirus pandemic, leading the mayor to storm out of the room as one commissioner accused her and the city manager of failing to close the city's beaches and shutting off peoples' utilities in the midst of the outbreak.

The Lake Worth Beach city commission meeting, which took place last Thursday night, began to unravel when one commissioner attempted to call a vote on the issue of which city leader holds emergency powers, according to The Palm Beach Post. But Commissioner Omari Hardy, who is running for a seat in the Florida statehouse, accused the commissioner of not following the proper procedures for calling a vote before asking "Are you telling me that you're going to keep me from talking right now?"

"You've talked all evening," a third commissioner shot back, setting Hardy off on a loud rant.

"You're calling me disrespectful because I've interrupted people, but this gentleman has turned off peoples' lights in the middle of a global health pandemic. That's what that gentleman did," Hardy said, apparently pointing in the direction of City Manager Michael Bornstein.

Mayor Pam Triolo and another commissioner attempted to stop Hardy, but he only kept yelling.

"This gentleman has had the ability to do any number of things," Hardy bellowed, pointing aggressively. "We could have banned large gatherings, we could have closed the beach. We could have put a moratorium on utility shut-offs."

At that point, Mayor Triolo called for a recess, which Hardy said was also against the commission's procedures.

"This is a banana republic is what you're turning this place into with your so-called leadership," Hardy said, as Triolo stormed out of the room.

Triolo then turned around to taunt Hardy as he continued yelling.

Hardy continued shouting in Triolo's direction, clapping his hands for emphasis: "We should have been talking about this last week. We cut off people's utilities this week and made them pay what would have been their last check to us to turn their lights on in a global health pandemic. But you don't care about that and you don't want to meet. But every other year you go around and beg people for their votes."

Triolo then walked out of the meeting room a second time, repeating "you're done," referring to Hardy, calling him "disrespectful."

THESE US SENATORS ARE IN SELF-QUARANTINE OVER CORONAVIRUS THREAT

"What's disrespectful is what you've done to the people of this city," Hardy continued, prompting Triolo to respond from outside of the room, "I didn't do anything."

Hardy, now pointing at the door Triolo had walked out of, shouted that she "failed to act."

"Hardy for statehouse," Triolo jeered, walking back into the room just to fire off the retort.

Hardy later on Twitter defended his outburst, saying: "Things got heated last night, but I don't regret one word."

He continued: "And my colleagues didn't want to discuss it at all, didn't want to acknowledge what we had done, and I lost my cool. But sometimes you have to get into trouble to stand up for what's right. That's called #GoodTrouble."

"Shouldn't have lost my cool though," Hardy added in a subsequent tweet.

Triolo later commented from Lake Worth Beach's official Facebook account, defending her actions as what "had to be done" to protect the city and commission's "credibility" which she said "was under attack" from Hardy.

"Unfortunately, what transpired at Thursday’s emergency Commission meeting has become a focal point that is overshadowing all the good that is being done here in the City," she wrote.

"There were things said between Commissioner Hardy and myself during the meeting and during the recess, both on and off camera, that created a lot of undue stress and emotion. I was very upset about what I perceived as bullying and unnecessary attacks on the Commission and our processes by Commissioner Hardy. I was also concerned about how the issue of the suspension of utility disconnections was being inaccurately portrayed," Triolo continued.

On Hardy's accusation that utilities were being shut off, Triolo said that most people who had their utilities disconnected the week preceding the Thursday meeting had seen them reconnected, and that "all late fees and connection fees are being reversed. Commissioner Hardy was aware of this before the meeting."