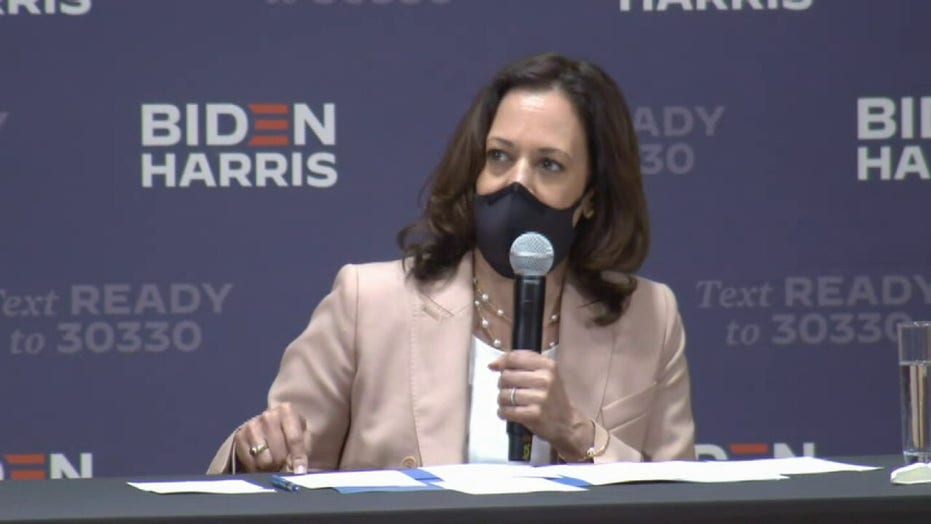 Months before Louisville and other major U.S. cities contended with renewed demonstrations following the grand jury ruling in the death of Breonna Taylor, Democratic vice presidential nominee Kamala Harris warned that nationwide protests against racial injustice were “not going to stop” after Election Day.

Sen. Harris’ remarks came during an appearance on “The Late Show with Stephen Colbert” on June 17. At the time, nationwide protests were underway following the death of George Floyd, a Black man, in Minneapolis police custody.

Harris’s appearance on the show occurred roughly about two months before Democratic nominee Joe Biden picked her to be his running mate. The security of U.S. cities amid protests that have occasionally turned violent in recent months has emerged as a key issue in the upcoming 2020 presidential election.

Harris told Colbert that she felt it was “critically important” for protests to continue in order to achieve necessary social and political reform.

“The only way we are going to truly achieve change is when there are people in the system who are willing or pushing to do it and when there are those of us who are outside the system demanding it,” she added at the time. “I am very clear that some of the success we have been able to achieve around criminal justice reform would not have happened in recent years without Black Lives Matter.”

Protests erupted Wednesday night following a Kentucky grand jury’s decision not to prosecute the officers involved in the death of Taylor, a Black woman, during a botched police operation at her apartment on March 13.

Biden condemned instances of violence during the Louisville protests even as he acknowledged the grand jury’s decision did not “answer the call” for justice in the Taylor case.