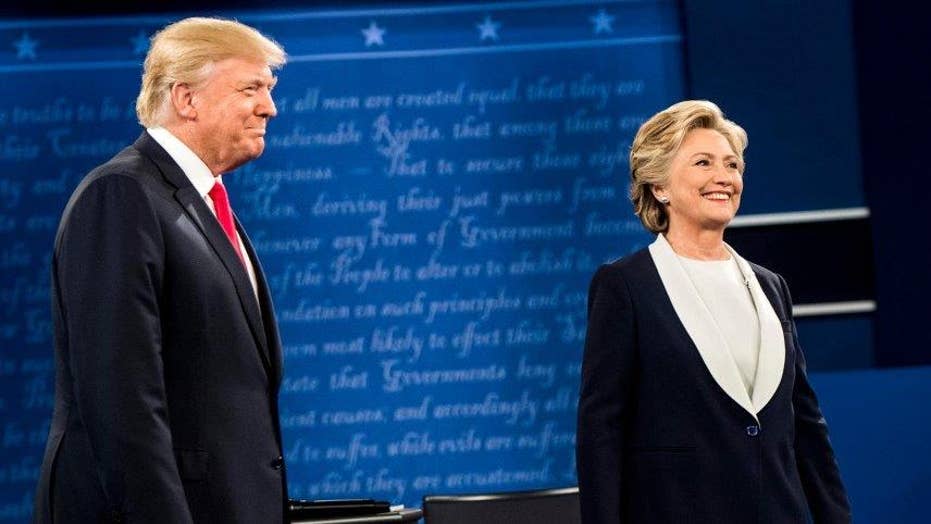 Round 3: 'The Five' preview the final presidential debate

Chris Wallace has got his work cut out for him.

The Fox News anchor has a rare opportunity as the moderator of tonight’s third and final debate here in Las Vegas. But it comes at an especially tumultuous time in the campaign.

I have no doubt about Wallace’s ability to ask fair, probing questions of both Donald Trump and Hillary Clinton. Well before I came to Fox, I believed that he was one of the toughest interviewers in the business. He has a wealth of experience to draw upon, including his previous stints at NBC and ABC, going back to his coverage of the Reagan White House.

Third debates usually matter less than the first two. The candidates have usually thrown their best stuff at each other and wind up recycling many of their attacks.

But this is not most campaigns.

Wallace told me after he became the first Fox journalist tapped to moderate a general-election debate that he’d have to wait in writing most of the questions to see what was covered in the first two faceoffs. Turns out a whole lot has happened since St. Louis.

The final encounter comes as Trump is denying allegations of sexual misconduct by nine women, and whether they are telling the truth or not, this changes the environment more drastically than Trump merely boasting about groping women on a tape he has dismissed as locker-room talk. And Trump has been increasingly at war with Paul Ryan, talking and tweeting about voter fraud, and accusing the media of rigging the election.

The debate also comes as a near-daily drip of disclosures from Wikileaks – and newly released FBI files from her email investigation -- causes more damage to the Clinton campaign. This goes beyond embarrassing comments and coziness with journalists to collusion with the State Department (including talk of a quid pro quo in exchange for changing the secret designation for some of the emails sent from Clinton’s private server).

These stories hang like a shadow over the Las Vegas Strip.

But while I assume that Wallace will deal with those stories fairly early, he also has the responsibility of tackling trade, terrorism, taxes and other issues that affect hundreds of millions of Americans. These subjects are too important to get short shrift in favor of the more scandalous and salacious stuff.

This is the last time for Trump and Clinton to make their case before a mass audience when it comes to persuading voters, but also in attacking their opponents and fending off the broadsides that come their way.

Beyond the zingers and tough exchanges, the debates always come down to which candidate can make more Americans feel comfortable with the prospect of him or her siting in the Oval Office and acting as their champion. The polls show that questionable temperament is Trump’s greatest liability and dishonesty is Clinton’s biggest albatross.

No matter what he does, if the past is any indication, Wallace will draw criticism from partisans on both sides.

But as he told me, he is there to facilitate a debate between two people, one of whom will be the next president. Chris would be perfectly satisfied if no one is talking about him after Las Vegas.