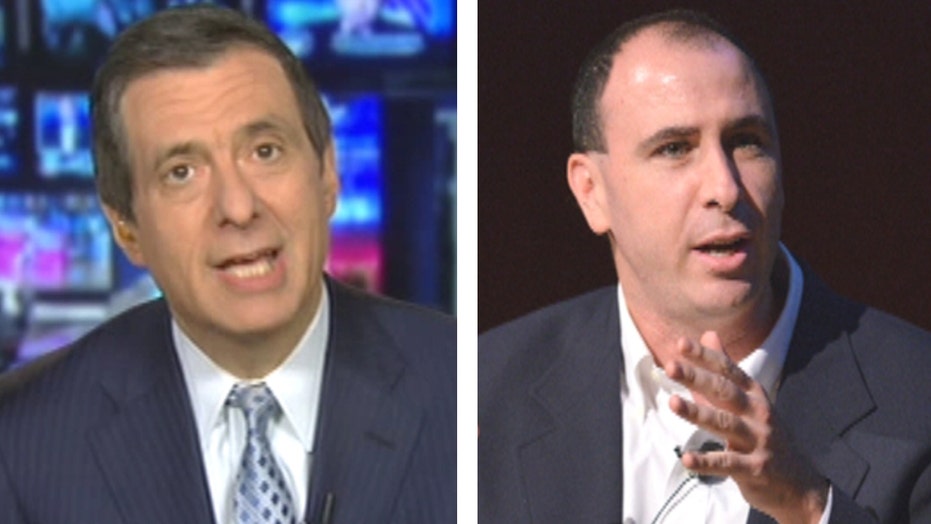 “I hate President George W. Bush. There, I said it. I think his policies rank him among the worst presidents in U.S. history…I suspect that, if I got to know him personally, I would hate him even more.”

Having interviewed Chait at the time, when he worked for the New Republic, I can attest that he is indeed a staunchly liberal writer. And earlier this month he wrote a story titled “Why History Will Be Kind to Obama.”

Which is why Chait is making waves by beating up on his own side. The Twitterverse is exploding, and some women are denouncing him, over his New York magazine piece, “How the Language Police Are Perverting Liberalism.”

He plunges into the debate at a time when liberal students have succeeded in blocking conservative speakers from appearing at some college campuses. I’ve long had trouble grasping the notion that liberalism, which is supposed to stand for free speech and free expression, can be used as a weapon to squelch someone else’s right to speak because they have opinions that are viewed as unacceptable.

It’s worse than I thought in academia, as Chait writes:

“At a growing number of campuses, professors now attach ‘trigger warnings’ to texts that may upset students, and there is a campaign to eradicate ‘microaggressions,’ or small social slights that might cause searing trauma. These newly fashionable terms merely repackage a central tenet of the first p.c. movement: that people should be expected to treat even faintly unpleasant ideas or behaviors as full-scale offenses.”

But in an era of pervasive social media, this approach has spread far beyond the campus. “Political correctness is a style of politics in which the more radical members of the left attempt to regulate political discourse by defining opposing views as bigoted and illegitimate,” Chait flatly declares.

He notes that he is white and male, and as such vulnerable to counterattacks from women and/or people of color. And whether he deserves these harsh responses or not, that brings me (another white male) to a larger point:

Social media debates are often so toxic that many people–often but not only women—tire of the abuse and refuse to engage. And yet the mainstream media, and the denizens of social media, love these racially and sexually charged disputes and hazings because they are great for online traffic.

Says Chait: “If a person who is accused of bias attempts to defend his intentions, he merely compounds his own guilt. (Here one might find oneself accused of man/white/straightsplaining.)…If you are accused of bias, or ‘called out,’ reflection and apology are the only acceptable response — to dispute a call-out only makes it worse. There is no allowance in p.c. culture for the possibility that the accusation may be erroneous. A white person or a man can achieve the status of ‘ally,’ however, if he follows the rules of p.c. dialogue.”

The argument subjected Chait to all sorts of personal vitriol, which I guess he kind of predicted. So let’s take a look. Here’s Jessica Valenti in the Guardian:

“When a writer like New York Magazine’s Jonathan Chait feels it necessary to whine in print about his and other (mostly well-remunerated) writers’ inability to write offensive tripe without consequence, I think: Boo-[blanking]-hoo. Get a real problem…

“Chait wants us to take seriously and without any offense his weighty, serious mind-baubles on everything from race relations to his frustration that rape laws are supposedly too strict and now his hand-wringing over imaginary affronts to white liberal men’s ability to speak freely (by which he means 'without women or people of color getting mad at him'). Feminism might be dominating many conversations, but sexism is still horrific and, while there is a good conversation to be had over how ideological one-upmanship and 'call out culture' impacts rigorous debate, that is not the conversation Chait is starting.”

“Chait continues to pick the scab of his suffering over the fact that the every musing of white liberal men (and women, to be fair) about race and politics is no longer welcomed for its contribution to the struggle…

“This is not to say that there are no good points in Chait’s piece, only that his tone of grievance and self-importance, as though he’s warning us of a threat to our democracy that others either can’t see or are too intimidated to fight, makes it very hard to parse.”

The arguments seem to break down this way: Chait is a condescending moron. Chait is an over-entitled white dude. Chait liked it better when he and other white male liberals could say whatever they want without taking flak from the more powerless members of society. Chait has some good points, but … he’s incredibly annoying.

I’d say Jonathan Chait has struck a nerve, and that’s why his piece has sparked such an emotional debate. And even the worst attacks indirectly help him because they validate his importance as a writer. As a Bush-hater, though, he has a hectoring style that rubs many people the wrong way.

In fairness, I’ll give him the last word:

“The p.c. style of politics has one serious, possibly fatal drawback: It is exhausting. Claims of victimhood that are useful within the left-wing subculture may alienate much of America. The movement’s dour puritanism can move people to outrage, but it may prove ill-suited to the hopeful mood required of mass politics.”