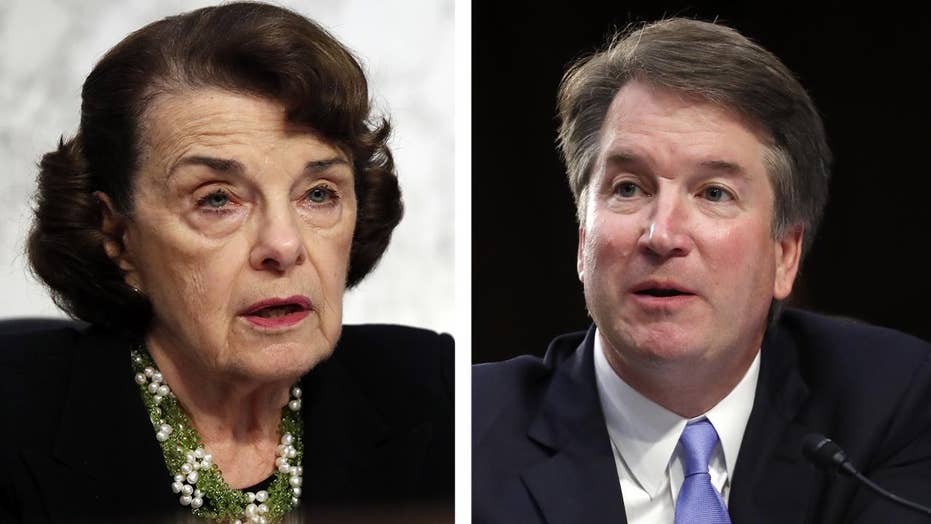 Sen. Dianne Feinstein, D-Calif., on Thursday threw a cryptic curveball at Brett Kavanaugh, insinuating the Supreme Court nominee could be guilty of a crime even as Democrats on the Senate Judiciary Committee seek to delay his confirmation.

The vague accusation comes after the Senate Judiciary Committee already grilled Kavanaugh and other witnesses and prepares to vote on sending his nomination to the full Senate. The White House blasted the ambiguous charge as a last minute gambit.

“I have received information from an individual concerning the nomination of Brett Kavanaugh to the Supreme Court,” Feinstein said in her surprise statement. “That individual strongly requested confidentiality, declined to come forward or press the matter further, and I have honored that decision. I have, however, referred the matter to federal investigative authorities.”

A spokesperson for Feinstein declined Fox News’ request to elaborate on the lawmaker’s statement, but there has been much speculation that she is referring to a secret letter that has been the subject of intrigue on Capitol Hill over the last few days. A source familiar with the confirmation proceedings told Fox News that Feinstein received the letter back in July, but did not make its existence known publicly until Thursday.

According to a report by The Intercept, the letter was relayed to lawmakers by an individual affiliated with Stanford University and concerns an incident involving the 53-year-old Kavanaugh and a woman while they were in high school. According to two officials who spoke anonymously with the New York Times, the incident involved possible sexual misconduct between Kavanaugh and the woman.

The letter reportedly was given to Feinstein by Rep. Anna Eshoo, D-Calif., but has not been publicly disclosed by senators who have seen the document. Sen. Dick Durbin, D-Ill., said that the letter in question has been referred to the FBI for investigation. 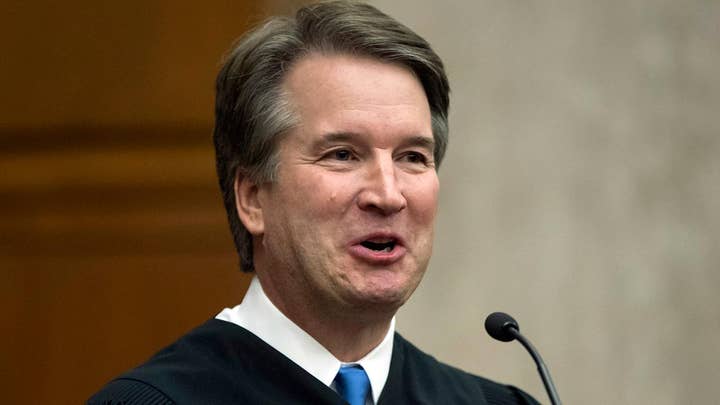 Two sources familiar with the matter tell Fox News that Feinstein has had possession of the letter regarding Kavanaugh since July. Feinstein met privately with Kavanaugh on August 20 and also questioned him repeatedly in open and closed session during the Judiciary Committee hearings on his nomination last week. There is no indication that the matter came up in either the private meeting or the closed committee session.

“Upon receipt of the information on the night of September 12, we included it as part of Judge Kavanaugh’s background file, as per the standard process,” the FBI said in a statement. Fox News has learned that the White House would have to request that the bureau follow up on the letter for the matter to be investigated further. It was not clear whether the White House had done so as of Thursday evening.

The woman referenced in the letter has yet to be identified, but is being represented by Debra Katz, a whistleblower attorney who works with #MeToo survivors, according to The Intercept.

Despite the turmoil over the letter, a spokesperson for Senate Judiciary Committee Chairman Chuck Grassley, R-Iowa, said there is no plan to delay Kavanaugh’s confirmation. Grassley set the panel's vote on Kavanaugh for Sept. 20 and Republicans hope to confirm Kavanaugh by the start of the new court session Oct. 1.

“Sen. Grassley is aware of Senator Feinstein’s referral,” Grassley’s communications director Taylor Foy said in a statement. “At this time, he has not seen the letter in question, and is respecting the request for confidentiality. There’s no plan to change the committee’s consideration of Judge Kavanaugh’s nomination.”

The White House attacked Feinstein's statment as an 11th hour attack on the nominee.

“Throughout his confirmation process, Judge Kavanaugh has had 65 meetings with senators—including with Senator Feinstein—sat through over 30 hours of testimony, addressed over 2,000 questions in a public setting and additional questions in a confidential session," White House spokesperson Kerri Kupec said in a statement. "Not until the eve of his confirmation has Sen. Feinstein or anyone raised the specter of new ‘information’ about him."