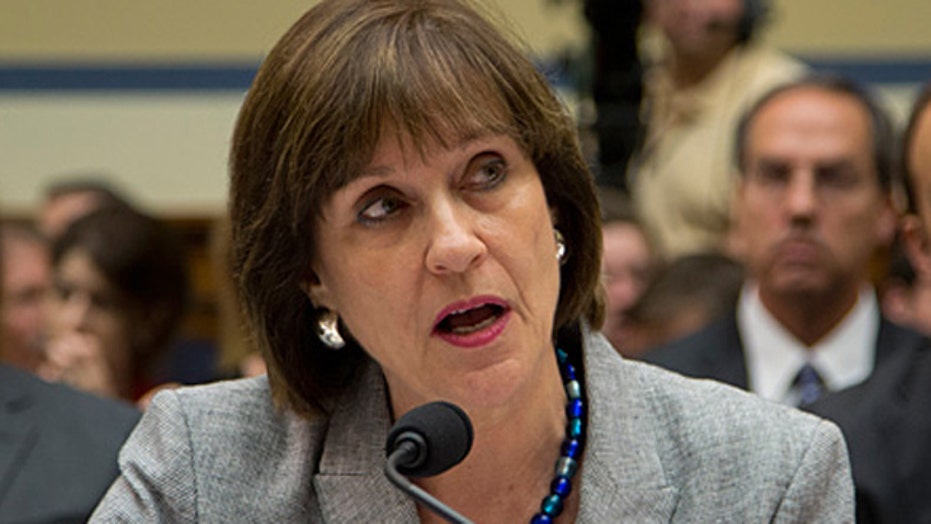 The Justice Department has declined to pursue contempt of Congress charges against Lois Lerner for refusing to testify about her role at the IRS in the targeting of conservative groups.

The department announced the decision in a letter Tuesday to House Speaker John Boehner, whose Republican-controlled chamber made the request to prosecute, after holding Lerner in contempt for refusing to testify at committee hearings.

"Once again, the Obama administration has tried to sweep IRS targeting of taxpayers for their political beliefs under the rug,” Boehner spokesman Michael Steel told FoxNews.com.

Lerner asserted her Fifth Amendment privilege, which allows people to not testify against themselves, during a May 2013 hearing of the House Committee on Oversight and Government Reform and then again at a March 2014 hearing.

However, House Republicans argued Lerner waived the privilege with an opening statement she made before the committee in the May 2013 appearance. All the chamber’s Republican members and six Democrats officially voted in May 2014 to hold Lerner in contempt.

Ron Machen Jr., the U.S. attorney for the District of Columbia, said in the seven-page letter that federal prosecutors concluded Lerner did not waive her privilege because she made “only general claims of innocence” during the opening statement.

“Thus, the Fifth Amendment to the Constitution would provide Ms. Lerner with an absolute defense should be prosecuted … for her refusal to testify,” wrote Machen, who was appointed to the U.S. attorney post by President Obama and left for private practice Wednesday, one day after sending the letter.

He also said he will not refer the case to a grand jury or take any other action to prosecute.

Lerner ran the IRS’s exempt organizations unit when Tea Party and other nonprofit groups with conservative names applying for tax-exempt status were targeted for additional auditing from April 2010 to April 2012.

She was placed on administrative leave in May 2013 and retired four months later.

“I have not done anything wrong,” Lerner said in her 2013 opening statement. “I have not broken any laws. I have not violated any IRS rules or regulations. And I have not provided false information to this or any other congressional committee.”

The IRS scandal broke in May 2013 when Lerner said at an American Bar Association gathering and during a follow-up conference call with reporters there was a “very big uptick” in nonprofit applications and that the vetting process was limited to the agency’s Cincinnati office.

However, the extent to which the Obama administration knew about the targeting, beyond Lerner’s unit in Washington, remains unclear in part because, she says, her computer crashed and emails were lost.

Lerner attorney William Taylor said he and is client are “gratified but not surprised” by the decision by the U.S. Attorney’s Office.

“Anyone who takes a serious and impartial look at this issue would conclude that Ms. Lerner did not waive her Fifth Amendment rights.” he said. “It is unfortunate that the majority party in the House put politics before a citizen’s constitutional rights.”

Steel also said the White House still has the opportunity to “do the right thing and appoint a special counsel to examine the IRS’ actions."

“As one of his final acts as U.S. attorney for Washington, D.C., Ronald Machen used his power as a political weapon to undermine the rule of law,” Jordan said. “Machen was legally bound to convene a grand jury, but instead he ignored his obligation and unilaterally decided to ignore the will of the House. … This is wrong, and a great example of why so many Americans distrust their government.”