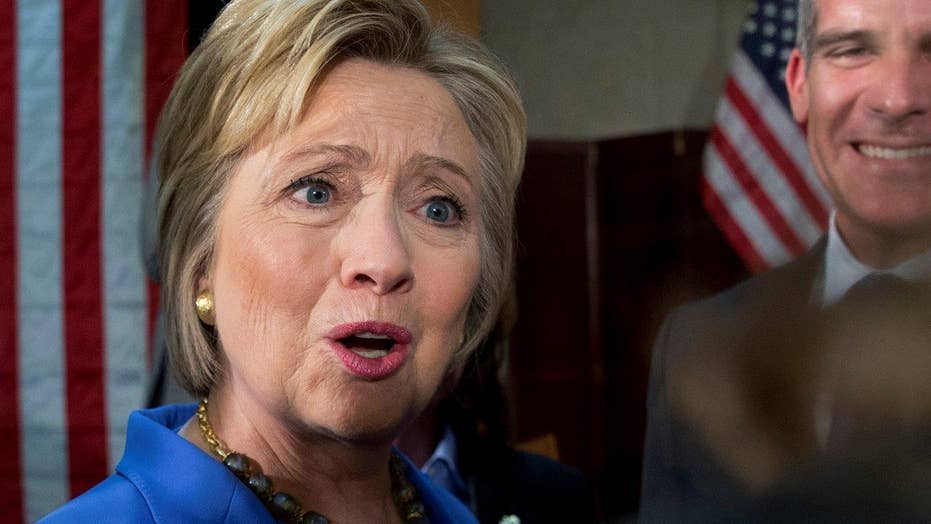 Federal prosecutors reportedly are expected to try to interview Hillary Clinton and already have started reaching out for interviews with top aides as part of the FBI probe into her personal email use, a sign the investigation is moving into a new and potentially final phase.

The Los Angeles Times reported on the efforts to seek interviews with Clinton and others, while noting this process and the final review could take several more weeks.

That means the investigation is likely to drag out at least through the primary season as the former secretary of state continues to battle it out with Vermont Sen. Bernie Sanders in the Democratic presidential race. According to the report, a prosecutor has called the lawyers for some of Clinton's longtime aides, while no dates have yet been set for interviews.

Meanwhile, The Washington Post published an extensive report Monday about the origins of Clinton’s unique set-up using a personal server and email for State Department business.

As earlier reported by Fox News, the challenges started soon after Clinton became secretary of state, when her team tried to change protocols so she could use her BlackBerry in secure facilities for classified information. She faced strong resistance from diplomatic security personnel and others.

The Post reported that Clinton aides and other officials went on to accommodate Clinton’s desire to use her private account while ignoring repeated security warnings.

The Post reported that, according to a lawmaker briefed by FBI Director James Comey, the FBI has assigned 147 agents to the case, and has accelerated the probe in order to avoid taking any action close to the November election.

The Los Angeles Times reported that the move to interview Clinton and her aides is a sign the investigators’ work recovering emails and examining the server is nearing an end.

A Clinton campaign spokesman told the newspaper they are ready to cooperate with investigators.

“She first offered last August to meet and answer any questions they might have,” Brian Fallon said. “She would welcome the opportunity to help them complete their work.”

Sources also told Fox News earlier this year that the FBI was going straight to the source in its investigation and speaking with the intelligence agencies – and in some cases, the individuals – that generated the information contained in classified emails found on Clinton’s server.