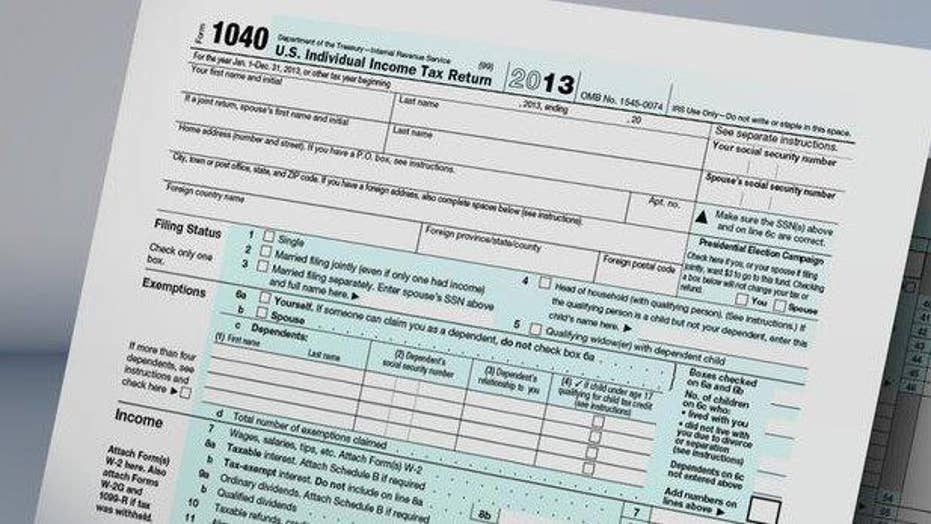 IRS reports a new surge in tax scams for 2016

With Tax Day right around the corner, a federal agency is facing criticism for approving more than $600,000 to study – wait for it – why some people cheat on their taxes.

Whatever the researchers discover, one Republican lawmaker is fuming that the National Science Foundation felt the need to fund such a report.

“It’s inconceivable that the NSF decided to spend hundreds of thousands of taxpayers’ dollars to study why some individuals cheat on their taxes,” Rep. Lamar Smith, R-Texas, told FoxNews.com.

The National Science Foundation green-lighted the 2015 proposal which set out to “advance basic understanding of how tax compliance behavior emerges,” including by trying to determine if there is a link between taxpayers feeling like tax policies are unfair and trying to skip out on paying Uncle Sam.

NSF, an independent federal agency created by Congress in 1950, repeatedly has drawn the ire of politicians and fiscal hawks like Smith who claim it blows through money on questionable research grants.

NSF has an annual budget of $7.5 billion for fiscal 2016 and funds about 24 percent of all federally supported basic research conducted in colleges and universities.

Smith, who chairs the House Science, Space and Technology Committee, has aggressively gone after the NSF for what he argues are careless spending practices.

“Our government wastes too much money, including funding redundant research projects like this one,” Smith said.

NSF, though, told FoxNews.com it thoroughly vets projects before issuing grants and is transparent about them.

“Nearly every proposal is evaluated by a minimum of three independent reviewers consisting of scientists, engineers and educators who do not work at NSF or for the institution that employs the proposing researchers,” a spokesperson said.

The project in question is not expected to be finished until 2018.

Rand Corporation, apparently in the lead on the research, pitched their project as a way to study the problem of income tax evasion.

The abstract for the project says researchers also “will address how audit, penalty, and taxation policies, and changes in those policies, influence perceptions and ultimately reduce tax evasion.”

It says: “Project findings therefore should help nations like the United States reduce the occurrence of tax evasion.”

Still, there have been more than a dozen NSF-funded analyses of tax-cheating practices and theories in the past three decades. In 1988, $347,000 was spent on four separate studies looking into the subject. They included research on the effects of auditing on tax compliance, effects of penalties on compliance and on the effects of tax enforcement on compliance.

In July, Smith introduced legislation that would require each NSF public announcement of a grant award be accompanied by a non-technical explanation of the project’s scientific merits and how it would enhance national interest.

The deadline for paying taxes this year is April 18.