A federal judge in Georgia on Tuesday placed an injunction on the state’s controversial abortion law – following the lead of other judges in states that have tried to enact restrictive abortion measures and keeping the law from taking effect while it's being litigated.

The law, H.B. 481, signed in May by Republican Gov. Brian Kemp, bans abortions once a fetal heartbeat is detected. That, critics note, can happen as early as six weeks into a pregnancy, before many women even realize they're expecting. (The measure allows for limited exceptions.)

It had been scheduled to become enforceable on Jan. 1.

Lawyers with the American Civil Liberties Union, Planned Parenthood and the Center for Reproductive Rights in June filed a constitutional challenge on behalf of Georgia abortion providers and an advocacy group.

U.S. District Judge Steve Jones wrote in an order Tuesday that the current laws governing abortion in the state shall remain in effect for the time being. 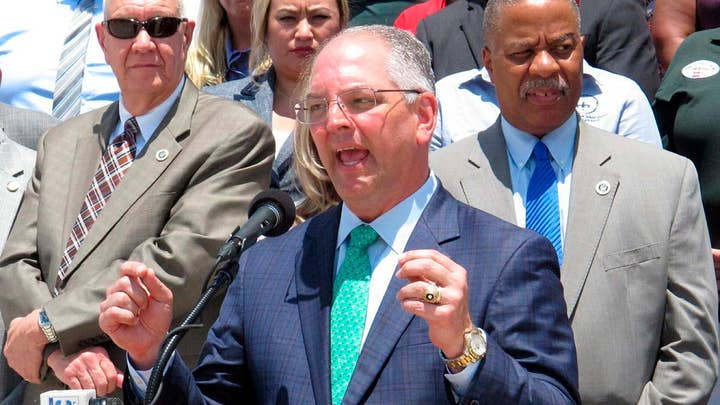 "Plaintiffs have also shown that, absent a preliminary injunction, they will suffer irreparable harm," Jones wrote. "By banning pre-viability abortions, H.B. 481 violates the constitutional right to privacy, which, in turn, inflicts per se irreparable harm on plaintiffs."

Jones added: "This preliminary injunction remains in effect until further order from this court. As a result, the State of Georgia’s abortion laws that were in effect prior to the passage of H.B. 481 remain in effect."

The law makes exceptions in the case of rape and incest, as long as the woman files a police report first. It also allows for abortions when the life of the woman is at risk or when a fetus is determined not to be viable because of a grave medical condition.

It declares an embryo or fetus a "natural person" once cardiac activity can be detected, saying that is the point where "the full value of a child begins." That would make the fetus a dependent minor for tax purposes and trigger child support obligations.

The so-called heartbeat law is one of a wave of laws passed recently by Republican-controlled legislatures in an attack on the U.S. Supreme Court's 1973 Roe v. Wade ruling, a landmark decision that legalized abortion nationwide. 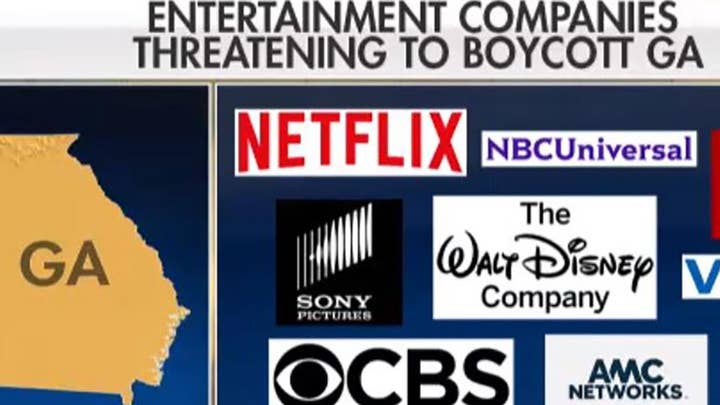 None of the bans have taken effect. Some have already been blocked, and elsewhere courts are considering requests to put them on hold while legal challenges play out.

When Kemp signed the bill earlier this year, he admited that he knew it would face challenges over its constitutionality. "But our job is to do what is right, not what is easy," Kemp added. "We will not back down. We will always continue to fight for life."

Opponents quickly promised to sue over the constitutionality of the bill and argue that because some women don't know they are pregnant when a heartbeat is detectable, the new law represents a virtual ban on any abortion in the state. It has been called the most extreme abortion law in the nation.

“This law is bafflingly unconstitutional. Bans like this have always been blocked by courts. We will be suing Georgia to make sure this law has the same fate," Elisabeth Smith, Chief Counsel at the Center for Reproductive Rights, said in a statement.