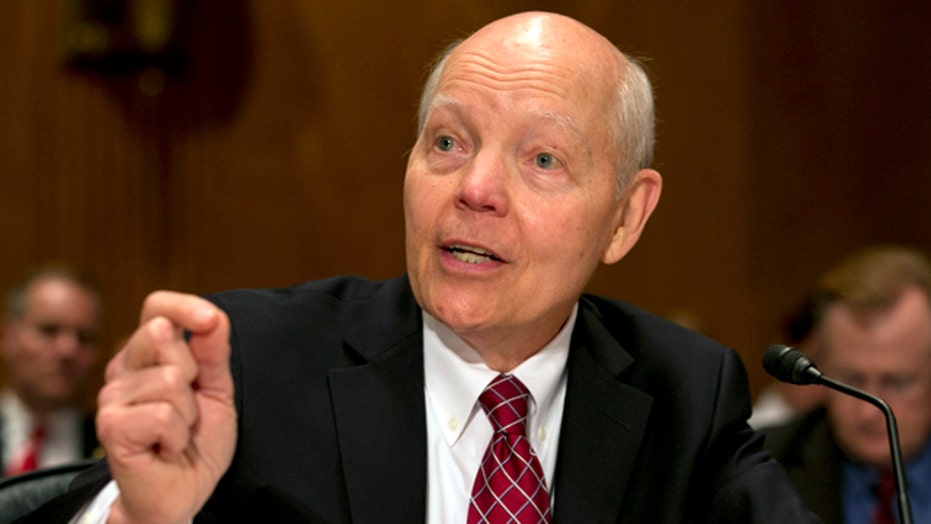 In a blistering rebuke of the IRS, a Cincinnati-based federal appeals court has ordered the tax-collecting agency to quit stalling and produce the names of organizations it targeted based on their political leanings.

The unanimous ruling by a three-judge panel of the U.S. Court of Appeals for the 6th Circuit gave the IRS two weeks to turn over the documents sought as part of a class-action lawsuit brought by the NorCal Tea Party Patriots.

“The lawyers in the Department of Justice have a long and storied tradition of defending the nation’s interests and enforcing its laws … The conduct of the IRS’s attorneys in the district court falls outside that tradition,” the opinion said.

Mark Meckler, president of Citizens for Self-Governance which is funding the class-action lawsuit, applauded the court's bold comments.

“We are very pleased that the 6th Circuit had smacked down the IRS and its thuggish DOJ lawyers,” Meckler told FoxNews.com, adding that he felt the IRS is an “unredeemable organization.”

The NorCal Tea Party Patriots sued the IRS in 2013 after a Treasury inspector general concluded the IRS had unfairly singled out for extra scrutiny conservative groups applying for tax-exempt status.

For the civil suit, the NorCal Tea Party Patriots requested information from the IRS detailing the organizations targeted -- information  they say they have not received or has been wrapped up in legal red tape. The panel of federal judges agreed.

“The lawsuit has progressed as slowly as the underlying applications themselves: at every turn the IRS has resisted the plaintiffs’ requests for information regarding the IRS’s treatment of the plaintiff class, eventually to the open frustration of the district court,” the judges claimed in court documents.

The IRS has pushed back on the allegations and maintains that handing over the names and organizations on its “Be on the Look Out” list would violate privacy laws.  A lower district court has twice ordered the IRS to produce the documents. In response, the IRS sought a “writ of mandamus” to block the court order.

Tuesday’s angry reprimand by the federal appeals court is in response to the IRS’s writ of mandamus.

“The district court ordered production of those lists, and did so again over an IRS motion to reconsider. Yet, almost a year later, the IRS still has not complied with the court’s orders. Instead the IRS now seeks from this court a writ of mandamus, an extraordinary remedy reserved to correct only the clearest abuses of power by a district court,” Judge Raymond Kethledge wrote. “We deny the petition.”

The panel of judges gave the IRS two weeks to start handing over the documents.

In the 17-page opinion, Kethledge laid out a list of requests NorCal made to the IRS that were either ignored entirely or stuck in a legal runaround. In one, the IRS demanded NorCal provide 3,000 pages of what the inspector general called unnecessary information. In turn, the IRS then claimed it would be "unduly burdensome" for it to provide such information as the names of IRS employees who worked on the case.

The IRS told FoxNews.com it does not comment on pending litigation.