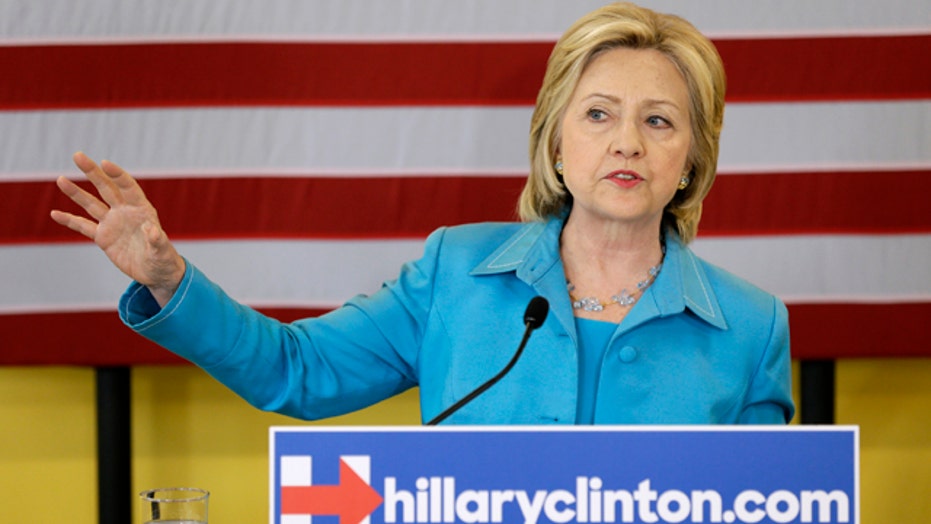 The FBI has begun investigating the security of Hillary Clinton's private e-mail server, an attorney for the Democratic presidential front-runner confirmed to Fox News late Tuesday.

The probe, which was first reported by The Washington Post, comes days after watchdogs from the State Department and the intelligence community asked the Justice Department to explore whether classified material was improperly shared or stored on the former secretary of state's private e-mail account.

The Post first reported the FBI contacted Clinton attorney David Kendall about the security of a thumb drive he possesses that contain copies of work emails sent by Clinton during her time as America's top diplomat. The paper also reported that the FBI had contacted a Denver-based technology firm that helped manage the server.

"Quite predictably, after the [intelligence community's inspector general] made a referral to ensure that materials remain properly stored, the government is seeking assurance about the storage of those materials," Kendall told Fox News. "We are actively cooperating."

Clinton has not been formally accused of any wrongdoing. Andrea Williams, a spokeswoman for the intelligence community inspector general's office, told Fox News last month that the office had requested a "counterintelligence referral" from the Justice Department, not a criminal referral.

Clinton has repeatedly denied sending or receiving any then-classified information on her personal account. Clinton campaign spokesman Nick Merrill repeated that denial to Fox News late Tuesday, saying "She did not send nor receive any emails that were marked classified at the time. We want to ensure that appropriate procedures are followed as these emails are reviewed while not unduly delaying the release of her emails. We want that to happen as quickly and as transparently as possible."

Merrill's denial that Clinton sent emails "marked classified at the time" contradicts her claim to reporters in March that no classified material, retroactive or otherwise, had ever passed through the private account.

The Post also reported that the server installed in Clinton's New York home just prior to her becoming secretary of state was originally used by her 2008 presidential campaign, and replaced a server that former president Bill Clinton had been using. According to the paper, the server originally used by Bill Clinton was deemed to be too small to accommodate the correspondence of a sitting Cabinet official.

Responsibility for the first server was held by a longtime Bill Clinton aide with no security clearance and no expertise at safeguarding computers. Bryan Pagliano, a former IT director for Clinton's 2008 campaign, was brought into oversee the second server. He was paid by a political action committee tied to Clinton through April 2009, when he was hired by the State Department as an IT specialist.

The Post report, citing people briefed on the server setup, described it as occasionally unreliable, going down for days after Superstorm Sandy struck the New York area in October 2012.

The existence of the e-mail server has raised repeated questions about Clinton's adherence to federal open records laws and whether she used the account to shield herself from information requests by journalists and government transparency groups.

Clinton has also maintained that she turned over all relevant federal records before deleting her emails off her sever. Amid heavy public criticism, she later asked the State Department to release 55,000 pages of emails she had turned over to them.