The FBI said Wednesday that the bureau has “grave concerns” about the classified memo that purportedly reveals government surveillance abuses, but White House Chief of Staff John Kelly says it is going public, anyway.

“With regard to the House Intelligence Committee’s memorandum, the FBI was provided a limited opportunity to review this memo the day before the committee voted to release it,” the FBI said in a statement. “As expressed during our initial review, we have grave concerns about material omissions of fact that fundamentally impact the memo’s accuracy.”

But earlier Tuesday, Kelly told Fox News in an exclusive interview the classified memo will be made public soon. Kelly said White House national security aides have been reviewing the memo.

“It'll be released here pretty quick I think and the whole world can see it,” he said.

The bureau’s claim that the memo involves “omissions of fact” came a day after a source told Fox News that two senior FBI officials reviewed the memo and “could not point to any factual inaccuracies” in the memo itself.

The two officials – one from the bureau’s counterintelligence division and the other from the legal division – followed up after an initial review of the memo during a rare Sunday trip to Capitol Hill by FBI Director Christopher Wray.

One senior U.S. official told Fox News, though, that Wray "expressed concern about the accuracy of the memo" and told others in the meeting the memo "gives an inaccurate impression of the bureau's work on this matter."

House Intelligence Committee Chairman Devin Nunes reacted to the bureau’s written statement by saying: “Having stonewalled Congress’ demands for information for nearly a year, it’s no surprise to see the FBI and DOJ issue spurious objections to allowing the American people to see information related to surveillance abuses at these agencies.”

“The FBI is intimately familiar with ‘material omissions’ with respect to their presentations to both Congress and the courts, and they are welcome to make public, to the greatest extent possible, all the information they have on these abuses,” the California Republican said. “Regardless, it’s clear that top officials used unverified information in a court document to fuel a counter-intelligence investigation during an American political campaign.”

“Once the truth gets out, we can begin taking steps to ensure our intelligence agencies and courts are never misused like this again,” he added.

On Tuesday night, President Trump was overheard telling a GOP lawmaker at the State of the Union that he’s “100 percent” behind releasing the memo.

TRUMP OVERHEARD SAYING HE IS ‘100 PERCENT’ BEHIND RELEASING SURVEILLANCE MEMO

“The FBI takes seriously its obligations to the FISA Court and its compliance with procedures overseen by career professionals in the Department of Justice and the FBI,” the bureau said in its statement. “We are committed to working with the appropriate oversight entities to ensure the continuing integrity of the FISA process.” 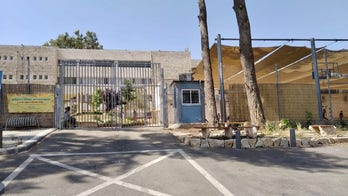