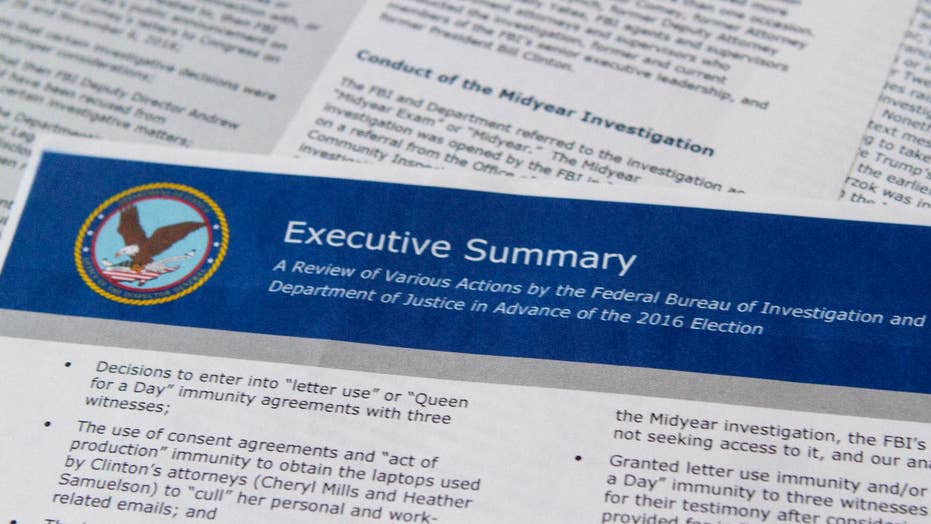 The shocking revelation came just a week after the former security director for the Senate Intelligence Committee -- who was in charge of maintaining all classified information from the Executive Office to the panel -- was indicted for allegedly giving false statements to FBI agents looking into possible leaks to reporters.

"We identified instances where FBI employees improperly received benefits from reporters, including tickets to sporting events, golfing outings, drinks and meals, and admittance to nonpublic social events," reads the report by the inspector general, Michael Horowitz.

But because the inappropriate gifts were outside the scope of the IG's look at the Clinton email investigation, Horowitz added that the DOJ watchdog "will separately report on those investigations as they are concluded."

Along with the FBI's cozy relationship with the media, Horowitz's report charges that officials in the bureau at "all levels of the organization" leaked information to reporters without authorization.

The FBI's strict media relations policy, which explains specifically who can disclose information to the media, was "widely ignored" during the Clinton email probe and afterwards, the IG report said.

"We have profound concerns about the volume and extent of unauthorized media contacts by FBI personnel."

Remarkably, at least two unauthorized phone calls to reporters came from an "unattributed FBI HQ phone number," the IG report says -- suggesting that some employees at the bureau were brazenly leaking information from phones in the agency's headquarters in Washington, D.C.

"We have profound concerns about the volume and extent of unauthorized media contacts by FBI personnel that we have uncovered during our review," the IG continued. "These leaks highlight the need to change what appears to be a cultural attitude among many in the organization."

Elsewhere, the IG report outlined numerous instances of apparent bias by several FBI officials, including a text message in which an FBI agent working on the Clinton email probe called Trump supporters "retarded."