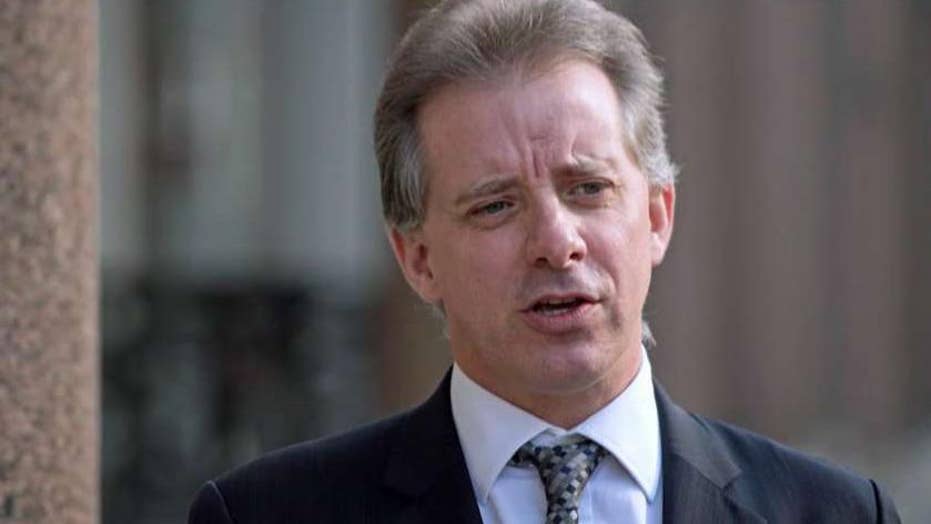 Top Republican lawmakers demanded answers Friday on whether the FBI was warned of anti-Trump dossier author Christopher Steele’s "political motivations" before the bureau applied for a surveillance warrant against a Trump campaign aide based in part on that document.

Those notes, first reported by The Hill, say that Steele’s security firm Orbis was “keen to see this information [in the dossier] come to light prior to November 8,” suggesting that it wanted the information to directly influence the 2016 presidential election.

"Based on the publicly-released version of the typed notes of the meeting, it appears Steele's intent of the meeting with the State Department was to maximize the impact of the unverified information that he had acquired in an effort to undermine the Trump campaign," Grassley and Johnson wrote. "Further, if that information was included in the material submitted to the FBI, then the FBI may have been aware of Steele's political motivations before submitting any FISA application."

They specifically want to know when the State Department shared these details with the FBI. An email from the official, Kathleen Kavalec, was sent on Oct. 13, 2016, though the recipient's identity is completely redacted, as is an attachment.

The notes, as published by The Hill and posted by Citizens United, also point to the involvement of opposition research firm Fusion GPS, noting that firm co-founder Glenn Simpson and colleague Peter Fritch recommended Steele's group for the job.

The dossier was eventually published by BuzzFeed News in 2017 and is filled with salacious and unverified claims about alleged dirt the Russians had over Trump. It is believed to have formed a significant part of the FBI’s application for a Foreign Intelligence Surveillance Act (FISA) warrant against Trump campaign aide Carter Page.

Since the release of Special Counsel Robert Mueller's Russia report, which did not find evidence of many of the claims within the dossier, fresh scrutiny has returned to the dossier and the role it played in the Page warrant application.

Republicans have pointed to Steele’s political motivations, as well as the funding of the dossier by the Democratic National Committee (DNC) and the Hillary Clinton campaign, as proof that the origins of the probe were political as well. 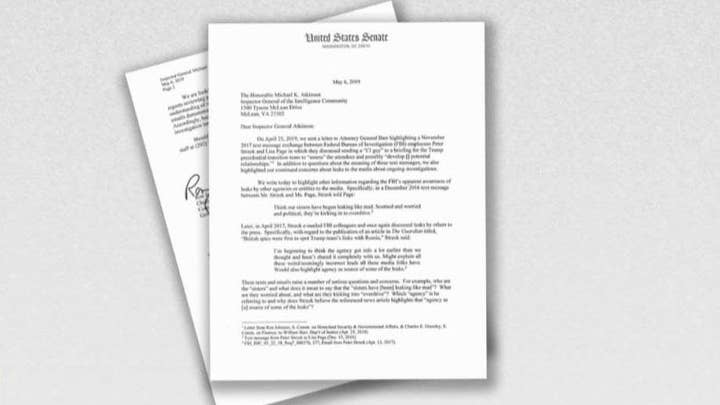 “This important information further demonstrates the bias of the primary source of material that was the basis for the Carter Page FISA warrant,” Senate Judiciary Committee Chairman Lindsey Graham, R-S.C., wrote.

The notes also said that Steele indicated he had been in communication with reporters, which Johnson and Grassley say contradicts the FISA warrant application, “where the FBI repeatedly represented to the court that Steele did not have unauthorized contacts with the press prior to October 2016.”

The new revelations come as Horowitz is believed to be approaching the end of his investigation into the FBI and DOJ’s surveillance conduct in the 2016 election, and whether the agencies acted improperly. The Wall Street Journal reported this week that Horowitz's team has questioned why the FBI considered Steele a credible source, and why the bureau seemed to use news reports to bolster his credibility.