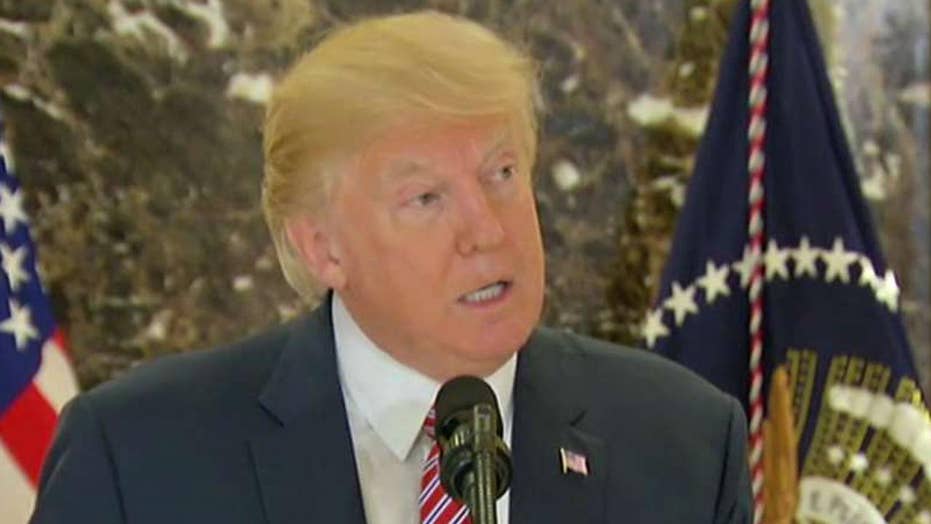 President Trump announced Thursday he will be pulling the plug on yet another advisory council – this one, on infrastructure.

The council, which was still being formed, ideally would have advised the president on his highly-hyped $1 trillion infrastructure plan geared towards upgrading the country’s crumbling roads and bridges.

The move comes one day after Trump announced he shut down two other job councils, amid a wave of resignations by executives in the wake of the president’s response to the violence in Charlottesville, Va.

“Rather than putting pressure of the businesspeople of the Manufacturing Council & Strategy & Policy Forum, I am ending both. Thank you all!" he tweeted.

“The President has announced the end of the Manufacturing Council and the Strategy & Policy Forum. In addition, the President's Advisory Council on Infrastructure, which was still being formed, will not move forward."

Even though the president signed an executive order July 19 creating the advisory council, he said in January he'd tapped two longtime friends and New York developers, Richard LeFrak and Steven Roth, to lead the panel. Trump told The Wall Street Journal they’d oversee a council of 15 to 20 builders and engineers.

“They’re pros,” he told the paper. “That’s what they do. All their lives, they build. They build under-budget, ahead of schedule.”

Fixing the country’s aging infrastructure was supposed to be the big takeaway from Tuesday’s now-infamous Trump Tower remarks.

Instead, the event took a sharp turn with Trump stepping on his own economic message.

The president also used the occasion to antagonize business leaders and assign blame to the horrific Saturday clash in Charlottesville that ended up killing one person and injuring 19 others.