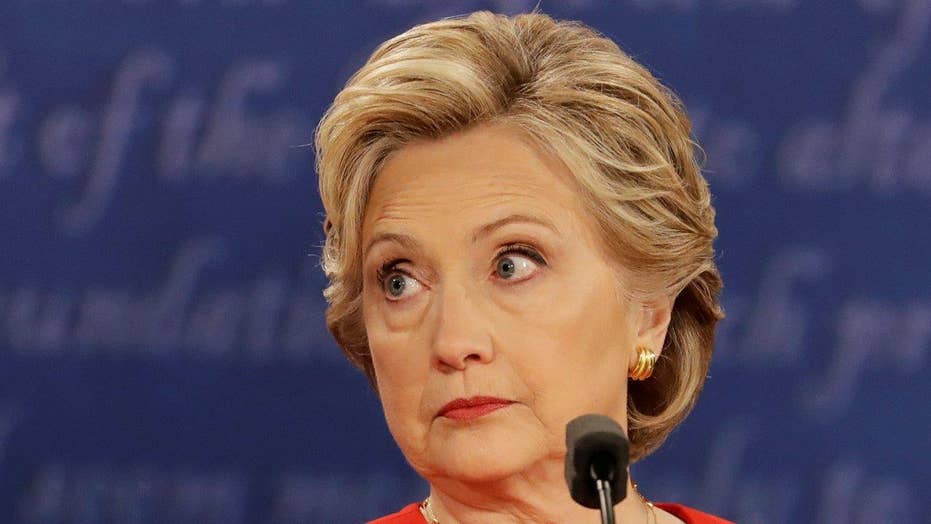 In the heat of the presidential debate Sunday, Hillary Clinton denied being secretary of state when President Obama said in 2012 that Syria President Bashar Assad would “cross a red line” by using chemical weapons on civilians in the country’s years-long civil war.

“I was gone,” Clinton said. “At some point, we need to do some fact-checking here.”

However, Clinton, in fact, ran the State Department for Obama from 2009 until 2013, during which time Assad continued to use chemical weapons.

Trump, unaware that Clinton had either made a mistake or attempted to deny any association with the issue, pressed on. He suggested the Democratic presidential nominee remained in close conversation with the administration after leaving the department.

“You were in total contact with the White House,” Trump said. “And perhaps, sadly, Obama probably still listened to you. I don't think he would be listening to you very much anymore.”

Trump, the Republican nominee, has repeatedly argued that Obama continued to allow Assad to use chemical weapons, and consequently failed to enforce his stance, calling it another example of the president’s failed foreign policy and the country’s weakened position as a world power.

“Obama draws the line in the sand,” Trump continued Sunday. “It was laughed at all over the world.”