Twitter CEO Jack Dorsey and Facebook CEO Mark Zuckerberg are testifying before the Senate Judiciary Committee Tuesday morning, and right from the beginning of the hearing they faced pressure over the censorship of a New York Post story about Hunter Biden.

Twitter blocked the sharing of an article about a laptop and emails said to belong to Hunter Biden, then-candidate Joe Biden's son, and Facebook had limited the distribution of the article, but did not block it entirely. Republican lawmakers sought to strip the social media companies of legal protection they enjoy because they are not considered publishers under the law.

"That to me seems like you’re the ultimate editor," committee chairman Sen. Lindsey Graham, R-S.C., said during his opening statement. "The editorial decision by the New York Post to run the story was overridden by Twitter and Facebook in different fashions to prevent its dissemination. Now if that's not making an editorial decision I don't know what would be."

Dorsey addressed the controversy in his opening remarks, explaining as he had during a previous hearing that the Post story was blocked pursuant to a 2018 policy against spreading hacked materials.

"We made a quick interpretation using no other evidence that the materials in the article were obtained through hacking, and according to our policy, we blocked them from being spread," Dorsey testified. "Upon further consideration, we admitted this action was wrong and corrected it within 24 hours." 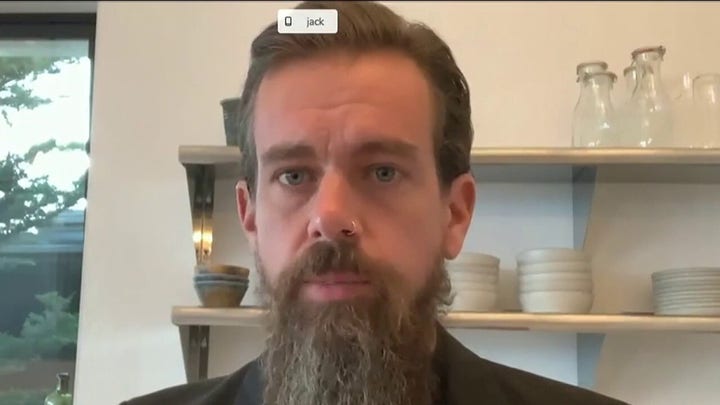 Dorsey went on to say that Twitter told the Post how they could unlock their account by deleting their tweet with the article, and that they would be able to then tweet it again. The Post instead pushed for Twitter to reverse their decision to block them in the first place. Dorsey said at the time they did not have a process for doing this.

“This incident demonstrated that we needed one and so we created one we believe is fair and appropriate," he said.

Dorsey then recognized lawmakers' concerns regarding the protection social media companies have under Section 230 of the Communications Decency Act. Section 230 says that companies such as Facebook and Twitter cannot be held liable for statements posted by users because the companies themselves are not the ones creating or editing the content as a newspaper would. Some lawmakers, however, believe that by blocking certain content like the Post story they are indeed making editorial decisions.

Dorsey proposed three potential ways forward, which include an expansion of Section 230, new legislation from Congress, and a commitment by Twitter and other companies to engage in self-regulation.