Attorney General Jeff Sessions, left, listens as FBI Director Christopher Wray speaks during a news conference about the arrest of Cesar Sayoc, 56, of Aventura, Fla., in the package bomb case, at the Department of Justice on Friday. (Associated Press)

Wray’s comments came during a news conference announcing the arrest of mail bombing suspect Cesar Sayoc Jr. and addressed internet conspiracy theories that the devices were a “false flag,” or a staged attack designed to help the targeted figures, the Washington Post reported.

He called the more than a dozen bombs intercepted so far “IEDs,” or improvised explosive devices.

"Though we're still analyzing the devices in our laboratory, these are not hoax devices," Wray said. 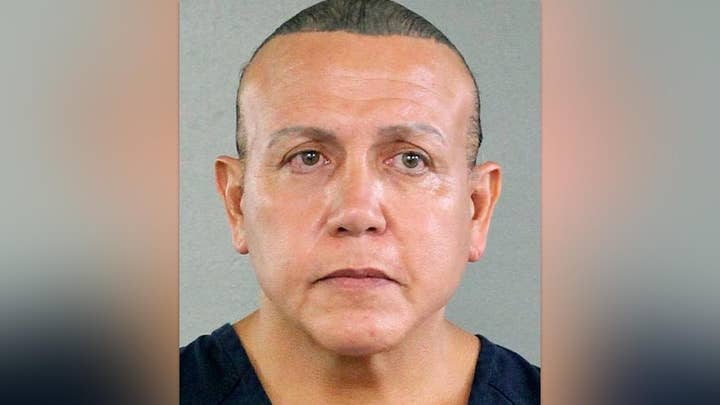 Justice Department officials said that Sayoc, 56, of Aventura, Fla., is charged with interstate transportation of an explosive, illegal mailing of explosives, threats against former presidents and certain other persons, threatening interstate communication and assaulting federal officers, according to the Hill.

“We do believe we have caught the right guy,” Wray said, adding that the investigation is still ongoing.

“We need all hands on deck, we need to stay vigilant,” Wray said.

The charges could either be expanded or lessened, Attorney General Jeff Sessions said, adding that Sayoc could face up to 48 years in prison if convicted.

"Let this be a lesson to anyone, regardless of their political beliefs, that we will bring the full force of law against anyone who attempts to use threats, intimidation and outright violence to further an agenda," Sessions said. "We will find you. We will prosecute you."

"Let this be a lesson to anyone, regardless of their political beliefs, that we will bring the full force of law against anyone who attempts to use threats, intimidation and outright violence to further an agenda. We will find you. We will prosecute you."

He called the explosive devices “utterly unacceptable" and said Sayoc, reputedly an ardent Trump supporter,  "appears to be a partisan" when asked why he allegedly targeted Democrats.

Officials said Friday that more devices could still be in the mail. 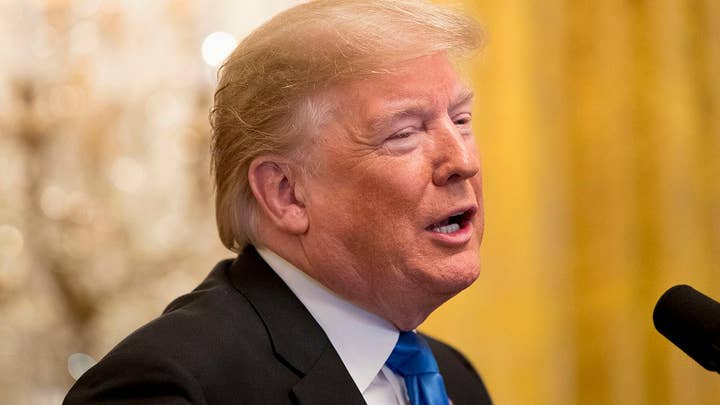 “These terrorizing acts are depreciable and have no place in our country,” he said during a Young Black Leadership Summit at the White House. “But the bottom line is Americans must unify and we must show the world that we are united together in peace and love and harmony as fellow American citizens.”

Trump also told reporters that he wasn't bothered by the fact that suspect Sayoc was believed to be a supporter of his.

"Not at all," the president said, according to the Washington Times. “You look at what happened to Steve Scalise. That was a supporter of a different party.” Scalise, a Republican congressman from Louisiana, was wounded last year in a shooting in Virginia. The attacker, who later died of injuries suffered in a shootout with police, was reportedly a supporter of Sen. Bernie Sanders, I-Vt.