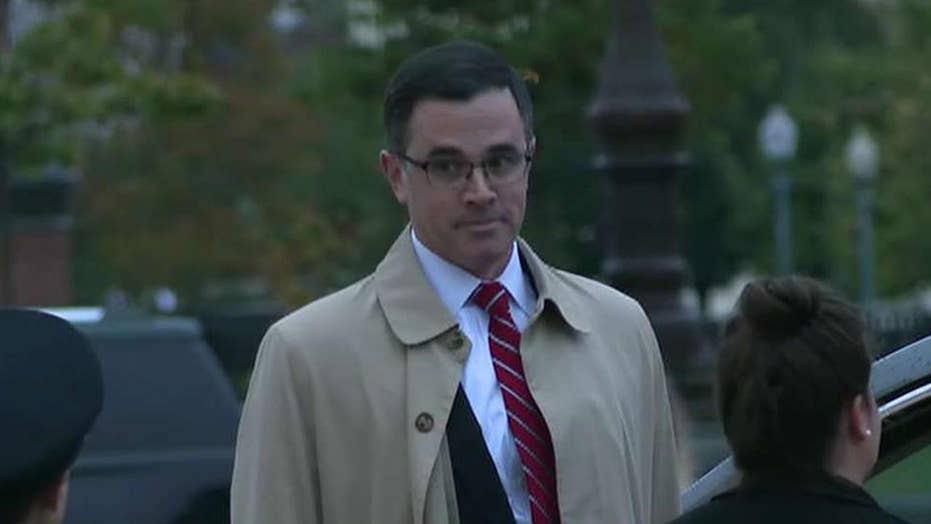 A top White House adviser on the National Security Council testified Thursday to the House impeachment inquiry that he didn’t believe “anything illegal was discussed” during President Trump's July 25 call with Ukraine’s president, even as he confirmed details about Trump's efforts to push Ukraine to investigate his political rivals.

Tim Morrison -- who handled Russian and European affairs for the NSC -- was listening in on the call between Trump and Ukrainian President Volodymyr Zelensky from the White House Situation Room, he acknowledged Thursday.

But Morrison, in an opening statement reviewed by Fox News, said: “I want to be clear, I was not concerned that anything illegal was discussed.”

It was reported Wednesday that Morrison was resigning; his resignation takes effect Friday, Fox News has learned.

REPUBLICANS SLAM PELOSI OVER IMPEACHMENT REVERSAL AFTER FLOOR VOTE: ‘WHAT HAS CHANGED?’

Morrison also largely confirmed much of what acting U.S. Ambassador to Ukraine Bill Taylor said in earlier testimony. It was Morrison who alerted Taylor – whose recent testimony contradicted Trump's repeated denials that there was any quid pro quo -- to alleged efforts to link U.S. aid for Ukraine to Trump's investigation requests.

“I can confirm that the substance of his statement, as it relates to conversations he and I had, is accurate,” he said.

The testimony from Morrison, a top Republican staff member, had been portrayed as possibly damaging for Trump. But Republican lawmakers portrayed Morrison's opening remarks as favorable for the president. 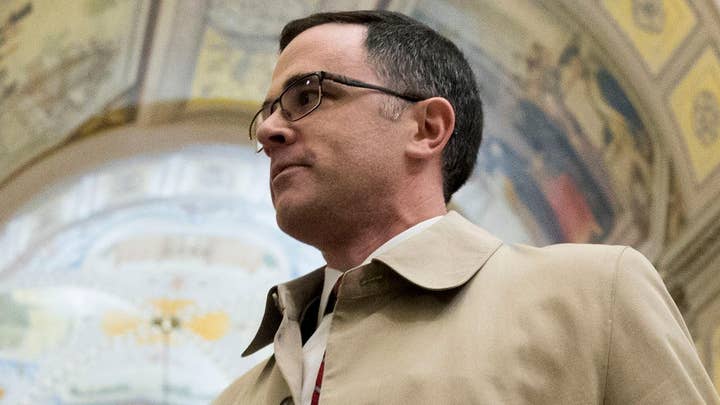 "Mr. Morrison's testimony is very damaging to the Democrat narrative," said Rep. Mark Meadows, R-N.C. "They've all of a sudden gotten quiet today because this particular witness is very credible and has given evidence that suggests some of the other witnesses have been less than candid."

Meadows also told reporters that today “is a great day for the president and if any witness would suggest that the impeachment resolution that was passed earlier today should come to a screeching halt, it’s this one.”

Democrats have shown great interest in Morrison’s testimony after he was cited by Taylor as revealing that U.S. Ambassador to the European Union Gordon Sondland told a Ukrainian official that the delivery of military aid to the country was contingent on Kiev helping with an investigation of Burisma Holdings. That’s the energy company where Joe Biden’s son Hunter had been a board member.

This request – and allegations of a quid pro quo tied to military aid – are at the heart of the impeachment probe. 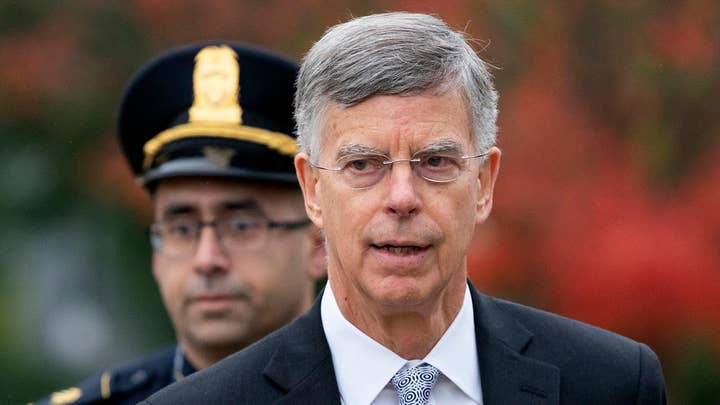 Morrison testified that he alerted the NSC’s legal adviser and deputy to review the Trump-Zelensky call because of fears that the transcript would be leaked and subsequently affect bipartisan support for Ukraine in Congress due to Washington's polarized environment, as well as how it could affect Ukrainian perceptions of the U.S.-Ukraine relationship.

He said he wasn’t driven to order the review out of concern something “illegal” was discussed.

At the same time, Morrison also appeared to give the White House the benefit of the doubt. Referencing his conversation with Sondland, Morrison said, “Even then I hoped that Ambassador Sondland’s strategy was exclusively his own and would not be considered by leaders in the administration and Congress, who understood the strategic importance of Ukraine to our national security.”

Sources told Fox News on Thursday that Vindman is willing to testify in a public hearing about the Ukraine matter.

Trump continues to insist that the aid, which was released to Ukraine last month, was not tied to any investigation.

The impeachment inquiry, which has been conducted by the House Intelligence, Oversight, and Foreign Affairs Committees, began exploring Trump's dealings with Ukraine after an anonymous whistleblower complaint expressed concern that Trump was pressuring Ukraine into investigating his political opponents.

The presidents of both nations have since stated that there was no such pressure.