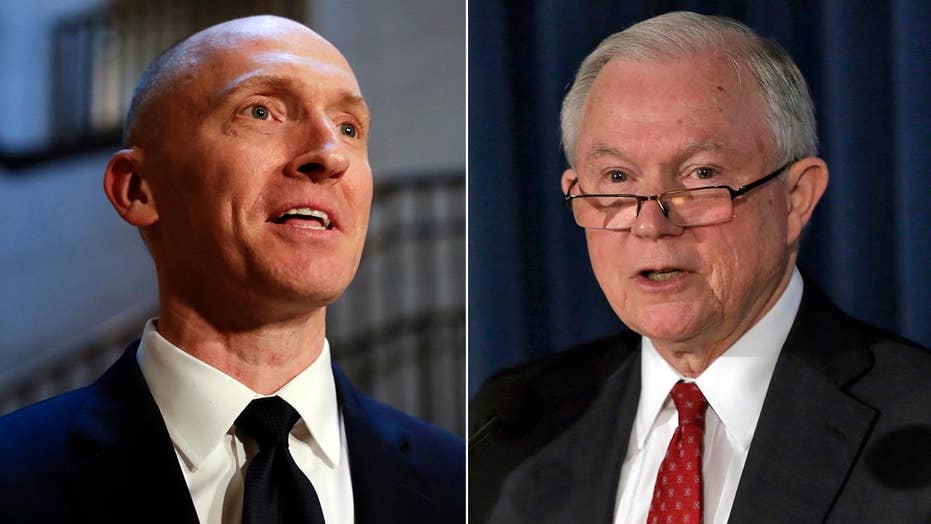 Ex-Trump adviser testifies before House panel that he informed the then-senator about a trip he made in 2016.

A former campaign adviser to President Donald Trump has testified that he informed then-U.S. Sen. Jeff Sessions about a trip he made to Russia during the 2016 presidential election.

The disclosure by Carter Page came Thursday during a lengthy, behind-closed-doors appearance before the House Intelligence Committee, Fox News has confirmed.

It also contradicted previous comments by Sessions, now U.S. attorney general in the Trump administration, who was a top Trump campaign surrogate in 2016.

In July, Sessions told the Senate Intelligence Committee that he didn’t know whether Page had traveled to Russia.

Page testified Thursday without a lawyer present. He invoked his Fifth Amendment right against self-incrimination when asked why he had not handed over documents to the House committee, which is investigating Russian interference in the election, Politico reported.

“I’m helping to the greatest extent I can,” Page told reporters following his testimony, a transcript of which is expected to be released within three days.

"I’m helping to the greatest extent I can."

Page reportedly said the purpose of his Russia trip was to give a speech, and that the visit had nothing to do with the Trump campaign, the New York Post reported.

“It’s serious stuff,” Franken said. “Perjury is a very careful standard, but something that would be looked at.” 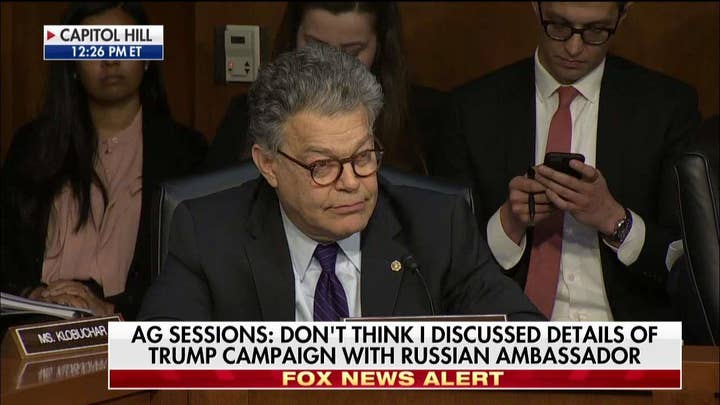 Thursday's developmenst came as multiple Trump campaign officials were being investigated by Special Counsel Robert Mueller over alleged links to Russia and an alleged concerted effort to collude with Moscow in influencing the 2016 U.S. presidential election.

On Monday, former Trump campaign chairman Paul Manafort and his associate Rick Gates were indicted by a federal grand jury on 12 counts, according to the special counsel’s office, although none of the charges directly implicate Trump or suggest collusion. 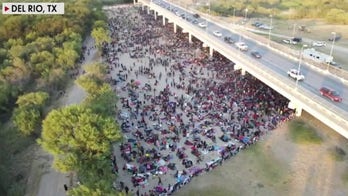