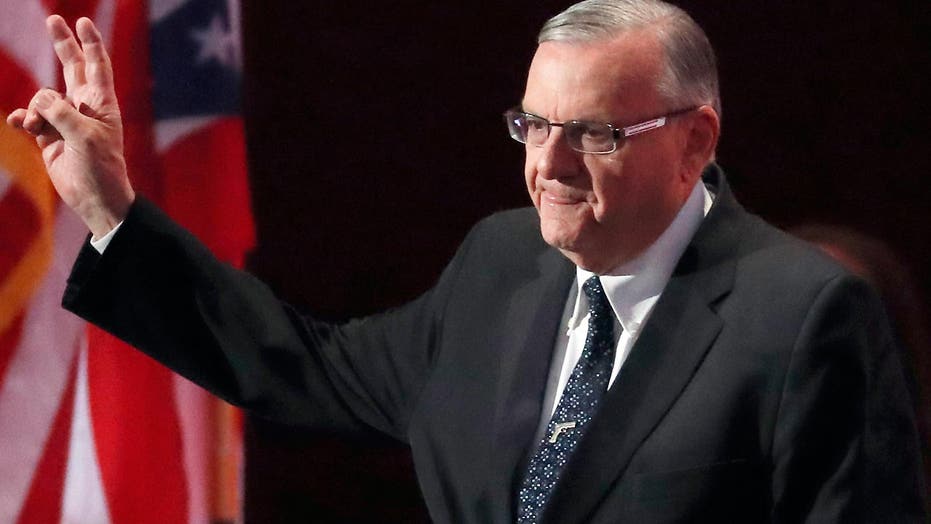 After 24 years, the Sheriff Joe Arpaio era is ending

Lawyers for the controversial sheriff, who made headlines for his hardline immigration policies, have added Attorney General Jeff Sessions to his witness list. What makes the move even stranger is that Arpaio is being prosecuted by federal lawyers who work for Sessions.

It's unclear whether Sessions might actually make an appearance.

Arpaio’s attorney Jack Wilenchik told Fox News on Friday that his office had not been in direct contact with the Department of Justice and made the push to bring Sessions in via court documents.

But Sessions has been actively pursuing his own brand of tough immigration enforcement, and Wilenchik says Sessions’ testimony would help show the contradiction between Trump administration policies and those of former President Barack Obama.

Arpaio faces trial for defying a judge’s order to stop immigration patrols, a confrontation that occurred under the prior administration.

Arpaio, 84, had been an enduring symbol of Arizona’s tough stance toward illegal immigration. He was a vocal supporter of then-candidate Donald Trump during the campaign season and his outlook on immigration is not so different from Sessions'.

Arpaio even spoke at the Republican National Convention in Cleveland last summer where he said his “most important mission is to elect Donald Trump.”

The former sheriff received resounding applause for his speech that was peppered with anti-illegal immigrant messages. “We are more concerned with the rights of illegal immigrants than we are the citizens of our own country,” he said. Ultimately, it was Latino voters in Arizona who helped vote the polarizing policeman out of office in November.

Arpaio, always unapologetic, supported workplace raids and frequent traffic stops. He faces a misdemeanor contempt charge for letting his controversial immigration patrols continue despite a judge in 2011 ordering him to stop. Arpaio’s officers continued to detain people they thought might be illegal immigrants based on race, the judge presiding in the racial profiling case ruled.

If convicted on the contempt charge, the former sheriff faces up to six months in prison.

Wilenchik argues the prohibition on detaining immigrants who hadn’t been suspected of committing state crimes falls in line with the current federal policy Sessions backs.

Earlier this week, Sessions traveled to Arizona where he said the “catch and release practices of the past” are over.

When contacted by Fox News, the U.S. Department of Justice declined to comment on the case or whether Sessions would show up.

It’s been a rocky road for the former sheriff since his November defeat. Not only did his tumultuous tenure come to a halt, but Tent City, the outdoor jail he is known for, is closing. Tent City is where inmates are forced to wear striped jumpsuits and pink underwear and to sleep in surplus Korean War tents.

A month before he was voted out of office, county supervisors suggested shutting town Tent City in order to help offset the $50 million in legal fees Arpaio‘s defense team racked up in the multi-year racial profiling case. Arpaio disagreed and instead said the county could save money by getting rid of raises for his deputies and guards.