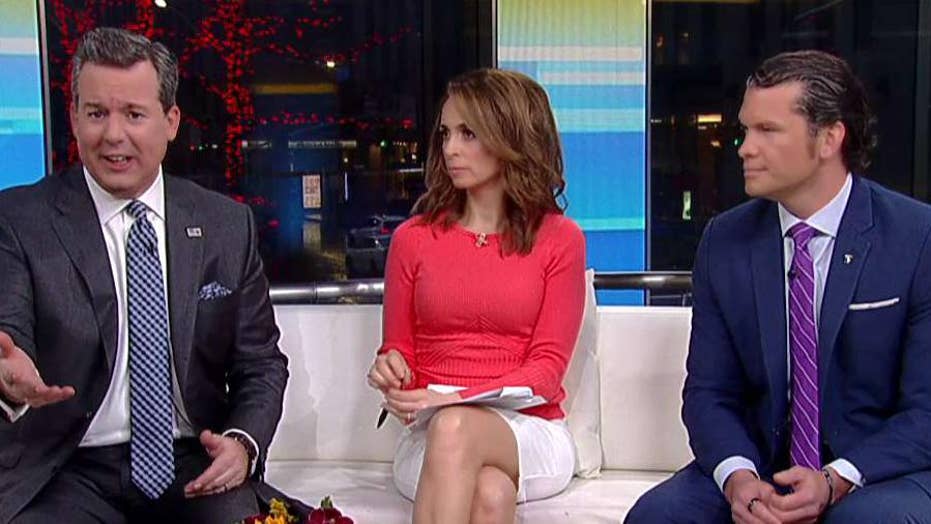 Never-Trumper Jeff Flake says he may support a 2020 Democrat

Jeff Flake’s making it clear he won’t be voting for President Trump in November’s general election.

The former senator from Arizona and vocal Trump critic who flirted with a 2020 primary challenge against the GOP incumbent tweeted on Tuesday that “Trumpism cannot be the future of the Republican Party.”

The former senator’s tweet linked to an interview he did with the Washington Post where he definitively said: “I will not vote for Donald Trump.”

Asked if he feels comfortable voting for a Democrat, Flake answered “Yeah. This won’t be the first time I’ve voted for a Democrat — though not for president [before]. Last time I voted for a third-party candidate.”

Flake’s previously said that he didn’t vote for either Trump or Democratic presidential nominee Hillary Clinton the 2016 presidential election.

The former senator said a year ago that he could consider voting for a Democrat in the 2020 presidential election, depending on which candidate won the nomination.

The conservative lawmaker served a dozen years in the House before winning election to the Senate in 2012. He decided against running for re-election in 2018. Flake mulled his own run 2020 White House run before announcing in January of last year that he wouldn’t launch a long-shot primary challenge against the president.