Is Michael Cohen out to take down President Trump?

Michael Cohen's guilty plea and subsequent sentencing for campaign-finance violations and other crimes revived speculation about President Trump's potential legal exposure -- but some former Federal Election Commission members say neither of them necessarily committed a violation with hush-money payments to purported Trump paramours.

The salacious details of those payments, which have steadily come to light in the course of two investigations into Cohen and in turn compelled Trump to acknowledge his involvement, speak to somewhat of a grey area in campaign-finance law.

Top Democrats in recent days have suggested the violations amount to an “impeachable offense” and could even merit future prosecution. According to Cohen, Trump ordered him to make payments to Karen McDougal and Stormy Daniels going into the 2016 presidential campaign.

But Trump said in an interview with Fox News’ Harris Faulkner on “Outnumbered Overtime” that the Cohen payments were “not a campaign finance violation.” He has previously tweeted that they were a “simple private transaction.”

"What he did was all unrelated to me except for the two campaign finance charges that are not criminal and shouldn't have been on there," Trump said of Cohen and the campaign-finance charges. "They put that on to embarrass me."

Some former FEC commissioners agree. Hans von Spakovsky -- who served on the FEC between 2006 and 2008 -- told Fox News there would have been a lot of pressure for Cohen to plead guilty due to the more serious financial charges he was facing related to his business dealings.

But he argued the purpose and origin of the payments could be in dispute, and that's what determines whether a campaign-finance violation was committed.

“The blackmail threat by Daniels and McDougal to reveal their claims would exist whether or not Trump was running for office. He was a well-known celebrity, and celebrities face these claims all the time,” he said.

The crux of the debate comes down to whether the payments, allegedly amounting to contributions in excess of legal limits, were campaign-related and “for the purpose of influencing any election for Federal Office” as the Federal Election Campaign Act says.

Cohen told ABC News that Trump was specifically concerned their allegations “would affect the election.”

But von Spakovsky argued that Trump’s high profile before the election makes that difficult to prove. 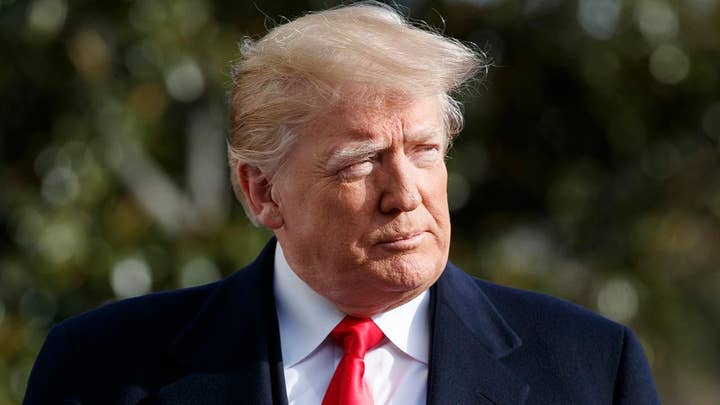 In an op-ed for FoxNews.com, von Spakovsky pointed to the campaign-finance charges against former Sen. John Edwards, who had supporters pay his mistress to keep quiet with campaign funds during a Democratic presidential bid. The charges against Edwards eventually were dismissed.

"Convicting Donald Trump of a criminal campaign finance violation will be extremely difficult, if not impossible," he wrote. "Just as Edwards was found not guilty, the same is likely to happen to President Trump if he is charged while he is president or after he leaves the White House."

On the question of whether it would be impeachable, he noted that other violations -- such as one involving former President Barack Obama's 2008 campaign -- were only pursued as a civil matter:

"As for the claim the hush-money payments would be an impeachable offense, members of Congress would have to explain why prior cases in which campaigns like that of Barack Obama paid civil penalties to the Federal Election Commission for violations of federal campaign finance law were not grounds for impeachment."

Bradley Smith, a former FEC chairman from 2000-2005, said it was a “relatively easy case” to argue that Trump and Cohen did not commit a campaign-finance violation. He argued that prosecutors should have to prove the payment was only made in connection with his presidential run.

“Even if it was intended to have some influence on the campaign, that’s not the standard,” he told Fox News. “The standard is: ‘Does the obligation exist because you’re running for office?’”

In an article for National Review, Smith wrote that the law defines personal use, rather than campaign use, as spending “used to fulfill any commitment, obligation, or expense of a person that would exist irrespective of the candidate’s election campaign.”

"Mr. Trump’s alleged decade-old affairs occurred long before he became a candidate for president and were not caused by his run for president," he wrote. "Renting campaign office space, printing bumper stickers and yard signs, hiring campaign staff, paying for polling, and buying broadcast ads are all obligations that exist for the purpose of influencing an election. Paying hush money to silence allegations of decade-old affairs is not."

However, other FEC commissioners see it differently. Former FEC Chairman Trevor Potter said there was evidence to suggest the payment was about influencing the election at a crucial moment when the Trump campaign was at its rockiest.

“Had it not been for the campaign, the evidence strongly suggests that Daniels would never have been paid,” he argued in The Washington Post.

He also wrote that it makes no difference that Trump reimbursed Cohen. 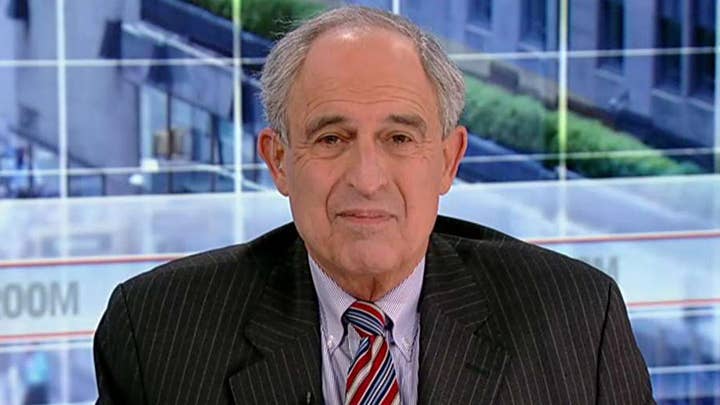 “That would just make Cohen’s payment a loan to the Trump campaign. And federal law treats a loan to a campaign as a contribution, subject to contribution limits and disclosure requirements,” he wrote.

Further, Cohen’s adviser Lanny Davis told Fox News' "America's Newsroom" on Thursday that Cohen knew it was illegal at the time and the payments were about the election.

“He said to the prosecutors ‘yes, I knew it was about the election, that’s what we talked about,’” he said.