EXCLUSIVE: Three members of the European Parliament on Thursday submitted a resolution to call on the E.U. to nominate President Trump for the Nobel Peace Prize -- the latest in a growing effort to nominate the president for the prestigious award.

“Most of my fellow Euro-parliamentarians will regard such a suggestion as a provocation,” said Rob Roos, a Dutch member of the parliament. “They believe that they embody the good and that Trump embodies evil. But a closer look at Trump’s actual record can only lead to the conclusion that he has devoted his presidency to world peace, and with considerable success."

Roos, along with co-signees Derk Jan Eppink and Rob Rooken, are members of the European Parliament for “Forum for Democracy” -- a Dutch right-wing party. Roos argues that Trump has succeeded first in not beginning any new military conflicts, something he says is in “stark contrast” to recent U.S. presidents.

But Roos also noted the recent peace agreements known as the Abraham Accords, which included the normalization of relations between the United Arab Emirate (UAE) and Israel, and Bahrain and Israel.

Rob Roos, a European MEP, intends to table a resolution backing Trump for the award.

“It was well-known that Trump wanted to crown his first presidency with a diplomatic success but few can have predicted the scale of this one,” Roos argued, noting that it is believed that other countries will follow.

He also cited the U.S.-brokered economic agreement between Serbia and Kosovo -- two former adversaries who normalized relations this month, as well as attempts at a peace agreement with North Korea, and U.S. moves to encourage peace talks in Afghanistan.

“In spite of his sometimes contradictory pronouncements, the overall direction of travel of his presidency has been very clear,” Roos said. “Moreover, with his Scottish mother and Slovene wife, Trump is one of the most European American presidents.  That is why it would be only right if Europe were to acknowledge his achievements for world peace.”

The MEPs are the latest European politicians to back Trump to win the award. 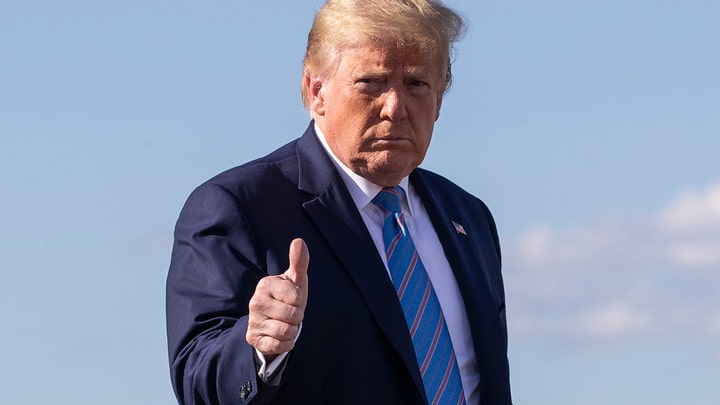 Trump was first nominated for the 2021 Nobel Peace Prize by a Norwegian Parliament member for his role in the UAE-Israel peace deal. Days later, a Swedish Parliament member nominated Trump again after he helped secure a deal for normalized economic relations between Serbia and Kosovo.

Separately this week, a group of  Australian law professors backed him for the award.

Nomination to the Nobel Committee is a preliminary step, and anyone within certain categories -- including lawmakers, university professors and prior recipients -- can nominate candidates. There were 318 candidates for the 2020 prize.

Trump was also nominated for the 2019 prize by at least one lawmaker, but he did not win.