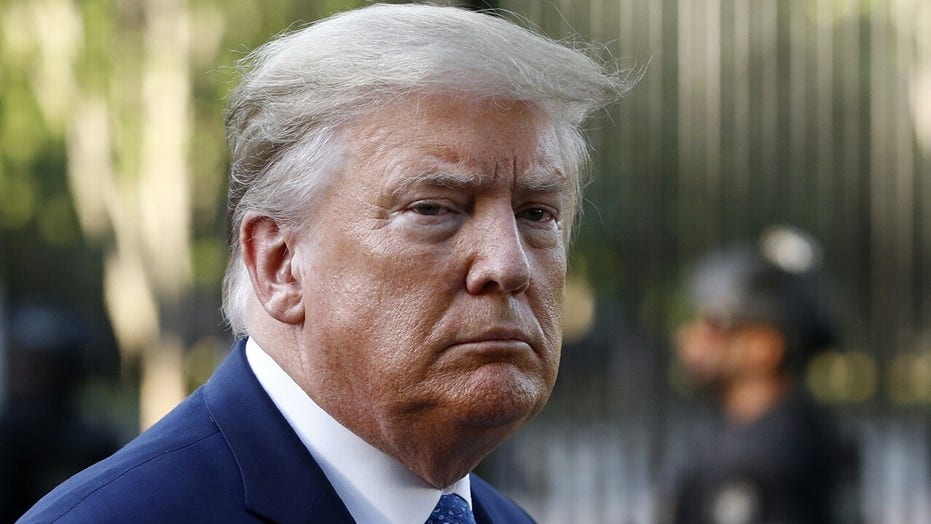 Kristin Fisher reports from the White House on the growing tensions over the president's response to the violent riots.

Defense Secretary Mark Esper’s job may be secure, at least for the time being, despite his press briefing Wednesday in which he pushed back against President Trump’s suggestion that the military be considered to quell violent protests following George Floyd's death.

Two senior administration officials told Fox News that Trump was “frustrated” by Esper’s remarks, but that now is not the time to make any major changes.

“Nobody wants a Cabinet-level shakeup with everything going on right now,” an official said.

Esper also distanced himself from an incident where protesters in Washington, D.C.’s Lafayette Square were forcibly removed ahead of a Trump photo-op in front of the St. John’s Church. Accounts of what happened have varied, with some reports initially claiming that the Park Police and National Guard used tear gas. Both agencies denied using such tactics, although the Park Police did acknowledge that smoke canisters and pepper balls were used, claiming it was only after protesters reached for officers’ weapons and threw projectiles.

Esper said Wednesday that he "did not know a photo op was happening" at the church before they got there, and that he had not been briefed on law enforcement's plans.

The secretary’s account at his press briefing strayed somewhat from what he said during an interview with NBC News on Tuesday. In the interview, Esper said that before the incident he thought he, Trump, and others were going to evaluate damage at Lafayette Square.

"I thought I was going to do two things: to see some damage and to talk to the troops," Esper said at the time, adding that he “didn’t know where I was going.”

On Wednesday, Esper said he knew he was going to “review the damage in Lafayette Park and at St John's Episcopal Church," but did not know “exactly where we were going when I arrived at the church and what the plans were once we got there."