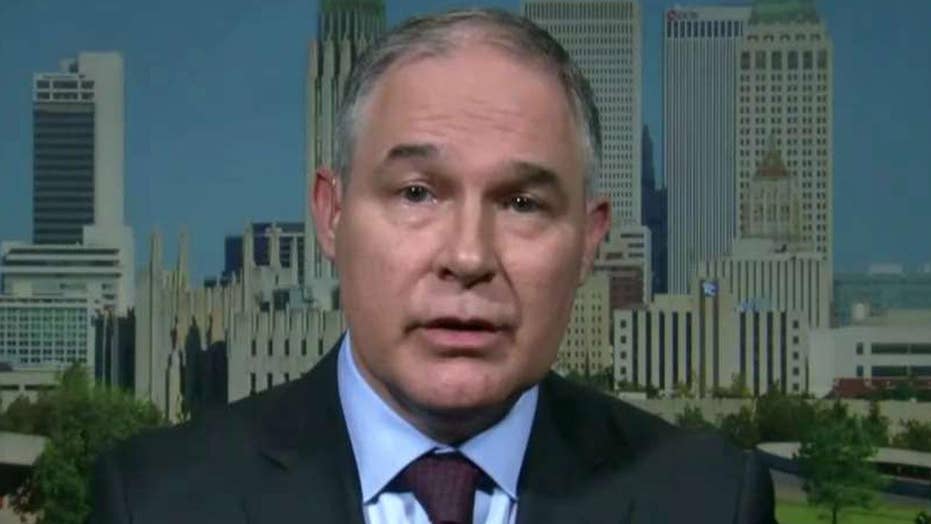 Environmental Protection Agency Administrator Scott Pruitt on Sunday defended the administration’s positions on climate change and ending domestic energy policies that he said the Obama administration “just made up.”

Pruitt tried to make clear his position, amid outcry from environmental activists, that humans indeed contribute to climate change.

"There's a warming trend, the climate is changing, and human activity contributes to that change in some measure," he told "Fox News Sunday." "The real issue is how much we contribute to it and measuring that with precision."

He also argued that Congress provides the EPA with the authority to make rules and that former President Obama overstepped that authority with his 2015 Clean Power Plan, which is now subject to a Supreme Court stay.

“As much as we want to see progress made with clean air and clean water with an understanding we can also grow jobs, we have to do so within the framework of what Congress has passed,” Pruitt said.

“The past administration just made it up, they reimagined authority under the statute. … That’s why President Trump is dealing with that regulatory overreach in charting a new path forward to deal with these issues within the framework of the Clean Air Act.”

Pruitt had recently said that carbon emissions are not a primary contributor to climate change. He declined on Sunday to say whether Trump will pull out of the 2015 Paris climate agreement that limits carbon emissions worldwide, calling it a “bad deal” for the U.S. economy.