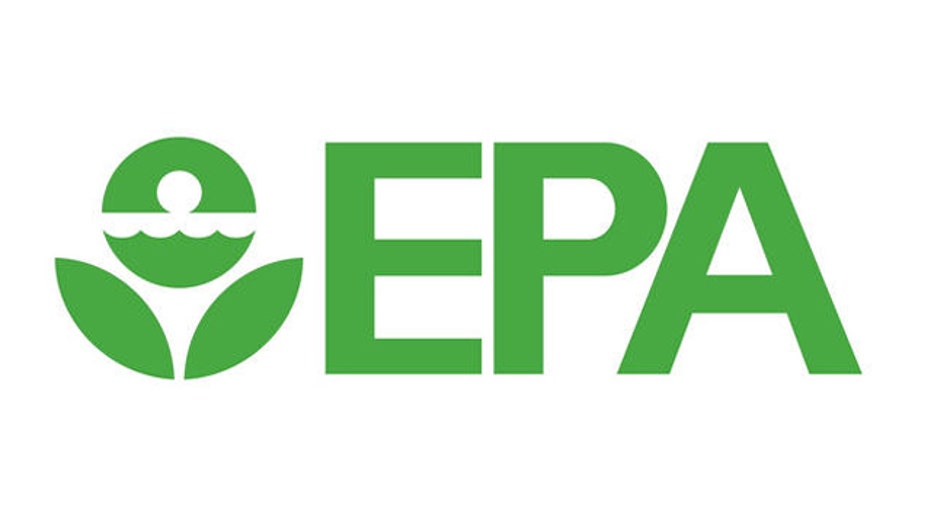 EXCLUSIVE: Eight Environmental Protection Agency employees who racked up a total of more than ten years’ worth of paid “administrative leave” between 2011 and 2014 -- valued at more than $1,096,000 -- apparently did so because they were involved in “cases of alleged serious misconduct,” Fox News has learned.

In a memorandum sent from EPA’s acting assistant administrator, Nanci  E. Gelb, to EPA’s inspector general, Arthur Elkins -- a draft also was given to Fox News -- the agency has revealed that at least three of the affected employees have now left EPA.

All of the eight “were or are subject to a disciplinary process,” an EPA official told Fox News, adding that, “we cannot comment on the circumstances of their departure from the agency for those who are no longer employed by EPA.”

The exact nature of the alleged wrongdoings has not been revealed, nor the specific times when they took place. But the lengthy absences -- up to three years in one case -- seem to indicate that the alleged misconduct actions, whether linked or separate, cover a substantial period of time, even after their discovery.

The document from EPA’s Gelb to EPA’s inspector general, intended as an elaboration on the highlighted periods of administrative leave, made no mention of the issue of wrongdoing in relation to the departures or to the leaves granted to any other employee included in the OIG report.

In response to questions from Fox News, OIG officials indicated that they had, to date, received no word from EPA in any form about any misconduct allegations.

The revelations about misconduct came as an email  response to questions from Fox News regarding the extraordinary paid absences.

In it, an EPA official declared tersely that the agency had “carefully exercised its discretion” in placing “certain employees”  on the paid form of absence “in cases of alleged serious misconduct,” and added that “the agency must work to address these [cases] in a way that is consistent with the law.”

Nothing in the EPA response indicated whether any of the allegations had been proved.

The existence of the huge amounts of paid time for just a few EPA employees for doing nothing -- in one case, more than three years -- has special resonance at EPA, where the revelation first became public knowledge on November 19, in a special “early warning” report published by EPA’s watchdog Office of the Inspector General, or OIG.

(Tallies for each of the eight employees, ranging from less than two months to about three years, are included in the document.)

Almost exactly a year ago, a top EPA official named John Beale was sentenced to 32 months in prison for getting $800,000 worth of paid time off while falsely claiming that he was an active CIA agent, a whopper that apparently went unchecked for years.

In the intervening months, OIG has charged that various EPA officials have stonewalled its efforts to investigate the Beale scandal, and that a separate EPA branch for homeland security has illegally prevented OIG interviews of employees and kept other evidence out of the watchdogs’ hands.

The stonewalling also has been mentioned in a special letter signed by 47 of the administration’s 73 inspectors general, spread across a spectrum of government agencies, and complaining about  “serious limitations on access to records” that were creating “potentially serious challenges” to “our ability to conduct our work thoroughly, independently and in a timely manner.”

As Kevin Christensen, the OIG’s assistant inspector general of audit, told Fox News, OIG in October launched the payroll research that led to its November 19 revelations precisely in order “to see if there are other John Beales around.”

In the process of uncovering the absentee eight, the inspectors also made a further intriguing discovery. One of the off-work staffers also had run up more than seven months of additional absences -- at a cost of $57,636 -- that were charged to payroll codes for “dispute resolution” and “general labor management.”

According to an EPA official, “federal regulations allow the use of these codes when an employee is involved in a dispute resolution and/or engaged in working with their union representative to work on their case.”

In response to questions from Fox News, EPA revealed that the staffer in question was a member of the American Federation of Government Employees, or AFGE, one of five unions that have status with EPA allowing specified members to gain such paid leave under the referenced payroll codes.

The OIG’s office declined to specify which of the eight employees tallied in its “early warning” report -- all identified only by numbers -- had also rung up the labor-management-related absences.

So far, much EPA effort has apparently been devoted to questioning or downplaying the methods and conclusions of the Inspector General’s Office, as drawn up in the “early warning” report.

In her letter to Inspector General Elkins, for example, EPA’s Nanci Gelb claims that only three EPA employees were on leave for more than a year, rather than four, as the OIG report alleges. Moreover, the document says that much of the leave was not continuous.

An OIG official notes, however, that the existence of such things as intervening federal holidays or sick leave could technically create formal conditions for the discontinuous claim

Just how firm EPA is in its defenses is not clear.

In the draft copy of the memorandum given to Fox News, one of the agency’s top lawyers, principal deputy general counsel Kevin Minoli, indicates in a sideline note that he’s having difficulty coming to the rebuttal conclusions based on the evidence in his hands.

Minoli asks another individual named “Don”-- presumably another EPA official -- to “please walk me through it.”

How all the new revelations of possible wrongdoing at EPA will play out is equally unclear.

But at a time when EPA is aggressively launching a massive escalation in its regulatory campaign to limit carbon emissions, among other things, a red flag like prolonged periods of paid-for time off linked to “serious misconduct” is unlikely to be overlooked.

George Russell is editor-at-large of Fox News and can be found on Twitter: @GeorgeRussell or onFacebook.com/George Russell