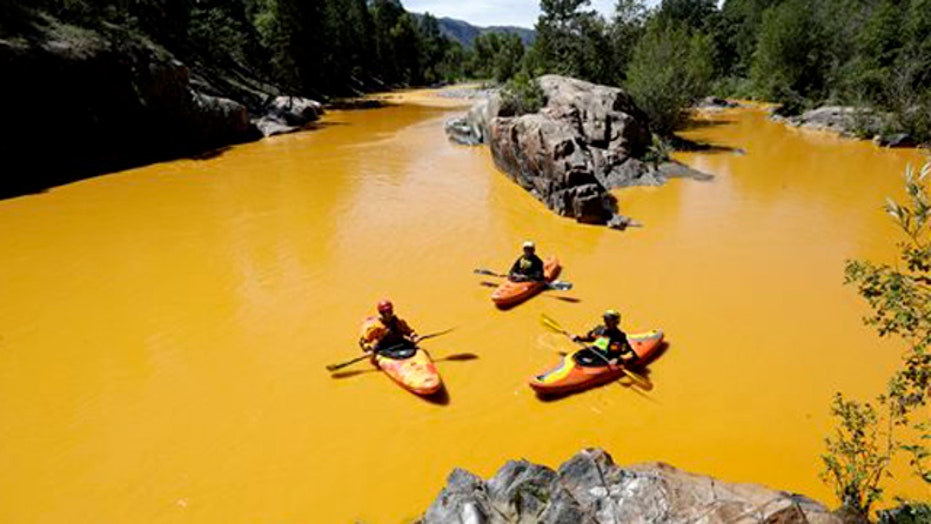 EPA misjudged pressure in mine where spill was triggered

The Environmental Protection Agency acknowledged Wednesday that it did not plan for the "worst-case scenario" at a Colorado mine clean-up operation -- where that scenario unfolded last month when a toxic mine spill sent millions of gallons of sludge into Western rivers.

Mathy Stanislaus, an EPA assistant administrator, testified at the first congressional hearing on the mine disaster. He defended the agency's transparency but said a team has concluded the agency's response plan did not account for a blowout.

"The investigation team also concluded that the emergency response component of the plan did not include the worst-case scenario of a blowout and that's something I committed to, going forward, to make sure that happens," Stanislaus told lawmakers on the House science committee.

Stanislaus' answers did not appear to satisfy lawmakers who accused the EPA of ducking responsibility for the spill that fouled rivers in three Western states.

"The EPA neither took responsibility nor were they forthright with the American people," House science committee Chairman Lamar Smith, R-Texas, said, urging the EPA to "come clean" on its involvement.

Smith said the EPA took more than 24 hours to inform the public about the seriousness of the spill. He added he was disappointed that EPA chief Gina McCarthy declined to attend the hearing Wednesday, saying: "Perhaps she doesn't have good answers."

Frustrated lawmakers have been trying to get more answers on the spill to explain how a government cleanup team doing excavation work triggered the release of 3 million gallons of rust-colored sludge from the inactive Gold King Mine near Silverton, Colo.

Stanislaus said his agency has been "as transparent as we possibly could."

But Rep. Bill Johnson, R-Ohio, challenged that claim by airing a pair of videos from the scene of the spill itself. In the first, released to the public, water can be seen gushing out but comments from people in the video are bleeped out at the end.

Johnson then played an uncensored version of the video, released to the committee, where somebody can be heard at the end appearing to say, "What do we do now?"

Johnson asked Stanislaus why the EPA edited out that audio. (On its website, the agency said it only removed profanity in the audio.)

The EPA official said he did not know.

Johnson suggested the EPA was being misleading, and added: "Clearly, 'what do we do now' -- that question, they didn't have an answer to."

"No other environmental bad actor would be given leeway to investigate itself," Donald Benn said, claiming the EPA has a "conflict of interest."

Stanislaus acknowledged that "broader notification should have occurred" after the spill.

And, in response to questions about accountability, he said they are doing internal reviews and "we are only part of the way through."

The hearing Wednesday marked only the start of congressional scrutiny for the EPA's role in the spill.

A private contractor was trying to pipe contaminated water from the Gold King Mine to a nearby water treatment system when the spill happened on Aug. 5.

Crews were using heavy equipment to remove loose dirt above the entrance of the collapsed mine on the morning of the spill.

Benn made several appeals to the EPA during Wednesday's hearing, warning of potential "long-term health effects" and "long-term economic losses" from the disaster.

He asked for help delivering water to locals, and setting up a relief fund for ranchers and farmers. He called for more resources for water, sediment and soil monitoring, and help establishing reserve water supplies to guard against future disasters.